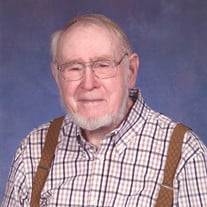 McLEISH, William S., “Bill”, – 84, of North Cape May, and formerly of Orangeburg, NY passed away peacefully on Wednesday morning, April 23, 2014 in the comfort of his home with his family at his side. Bill grew up in the Bryn Mawr Section of Yonkers, NY, and graduated from Roosevelt High School, and thereafter attended City College of New York. He first worked as a salesman for General Foods (Maxwell House Coffee), and then worked, for a short while, for Pepperidge Farms, before beginning a 30 year career with the United States Postal Service in Orangeburg, NY, where he was known as “the whistling mail man”, and retired in 1994. Bill owned his own home in Orangeburg, NY, where he lived with his wife, Anita, for 35 years and together enjoyed raising their family. They were members of the Tappan Reformed Church. Bill and Anita moved to North Cape May in 1994 to live in a home that had long been in his family. He enjoyed the Cape May area and was a member of the Cape May First United Methodist Church. Bill’s move to the South Jersey area did not affect his loyalty and dedication to his New York Yankees and New York Giants, of which he was a lifelong passionate fan. He is predeceased by his cousins in Scotland, Sidney and Ronald McLeish. Bill will be dearly missed by his loving family which includes his wife of 64 years, Anita (nee Fairbanks); five children, Holly (and Ralph) Hebb, Debra (and Steve) Welle, William S., Jr. (and Susan) McLeish; Wendy McLeish and Heather Schnabl; 12 grandchildren; 11 great grandchildren; cousins, John McLeish of Scotland, Margaret Tinney, Claire Wixson, William Tinney and Harry Tinney. Funeral services will be held on Saturday (April 26th) at 11AM in the Cape May United Methodist Church, 635 Washington St., Cape May where there will be a viewing from 10AM – 10:50AM. Interment will be private and at a later date. In lieu of flowers, memorial contributions are suggested to the Cape May United Methodist Church, PO Box 472, Cape May, NJ 08204 or to Holy Redeemer Hospice, 1801 Route 9 North, Swainton, NJ 08210.

The family of William S. McLeish created this Life Tributes page to make it easy to share your memories.

Send flowers to the McLeish family.