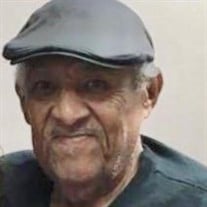 Vasser Sr., William H. “Bill” - 84, lifelong resident of West Cape May, passed away on Tuesday, March 29, 2022. Born in Cape May on August 23, 1937 to John and Flora Vasser, Bill graduated from Cape May H.S. in 1955 and went to South Carolina State on a football scholarship. He later returned to Cape May and married Alma B. Hicks in August of 1957. Bill worked at the Northeast Magnesite in Cape May Point until it closed. He joined the Local #172 Laborers Union in Trenton, NJ. After 21 years he retired and worked for Cape May County Fare Free for 12 years. Bill served the Masonic organization for 51 years, holding many positions. In 2009 he was awarded the 33rd Degree and last degree of Masonry in Prince Hall Grand Lodge, State and Jurisdiction of NJ in the city of Newark. He attended Allen A.M.E. Church where he served as Sunday School Teacher, Superintendent of Sunday School, Steward, Trustee and Deacon. He served on the Environmental Committee and was involved with agricultural events. Bill enjoyed FARMING…spending time with his family, family gatherings and playing with his expensive toys (tractor, cars and trucks). Bill was very giving and loving. He was pleasant and always had a smile to share. He is predeceased by his wife, Alma Vasser (2016), William Vasser Jr. (2019), Gary Vasser (2002) and David Vasser (1964). Bill will be missed by his loving family which includes his children, Esther Vasser, Christopher Vasser and Mary Vasser; two brothers, John Vasser, lll and Michael Vasser, Sr.; 9 grandchildren; 4 great grandchildren and one great-great grandchild, as well as a host of adoring nieces, nephews, cousins and dear friends. Bill’s viewing will take place on Saturday (April 9th) from 10am until 11:20am in the Assembly of God Church, 1068 Seashore Rd., Cape May where his funeral ceremony will begin at 11:30am. Interment will follow in Cold Spring Cem., Lower Twp. (Spilker Funeral Home, Cape May) info and condolences: spilkerfuneralhome.com

The family of William "Bill" Vasser Sr. created this Life Tributes page to make it easy to share your memories.