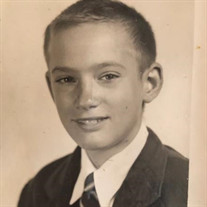 Wayne Morris Wetherill of Cape May went to Heaven surrounded by his friends and family on January 15, 2019. He was born in Abington Pennsylvania on March 13, 1946. His father was William Gray Wetherill from Chester, Pa and his mother was Sidney Herkness from Rydal, Pa. Wayne attended Meadowbrook School in Pennsylvania and completed his education at Lower Cape May Regional High School. He worked at the Cape May Star and Wave for 20 years. After leaving the paper he worked in various capacities for the Public Works Department in Cape May. He retired on pension from the City of Cape May five years ago. His last position was Supervisor of Recycling, a position which was dear to his heart. Wayne could be found every day at noon at Dellas Five and Dime where he purchased his newspapers and candy. He then went to The Mug for lunch to see his many friends. After The Mug he walked next door to Fins where he had his daily piece of cheesecake and socialized again. He shared his newspapers and candy with the crew at The Mug and the crew at Fins. Somewhat of a Casanova, his main interest in life was girls. In this interest he had too many loves to count or names to mention here. His next enduring interest was sports. He followed the local Cape May teams as well as The Eagles, The Phillies, and The Sixers. He was often seen on his bike on the boards listening to the games on his transistor radio. If you visited him at his house he usually had a game on TV. He was very proud of the fact that he met Wilt Chamberlain in person, talked on the phone with Billy Cunningham, and sat on an airplane next to Wayne Gretsky. Gretsky shared his peanuts with Wayne. Wayne had a quick smile, a generous heart, and a keen sense of humor. The Three Stooges and Andy Griffith were his favorite TV shows. Deputy Sheriff Barney Fife was also his favorite. He loved professional wrestling and was always for the good guy. He is survived by his brother Billy and Bill’s wife Karen of Wilmington, North Carolina, as well as their children Alison and Billy. He is additionally survived by his brother Herk and Herk’s wife Shawn of Cape May, as well as their children Nick, Liberty, Kate and Sam. He is predeceased by his step-brother Steve Miller and his step-mother Katharine Wetherill. In memory of Wayne, the family requests that you pick up any random piece of litter in Cape May and place it in the nearest trash can. His beer stein at The Ugly Mug will be formally turned to face The Atlantic Ocean on Friday afternoon on January 18. Wayne is loved by so many and has forever impacted our hearts. Relatives and friends will be received Friday (January 18th) from 12:30pm until 1:25pm in the Spilker Funeral Home, 815 Washington St., Cape May where Wayne's life celebration ceremony will follow and begin at 1:30pm. Interment is private and at a later date.

Wayne Morris Wetherill of Cape May went to Heaven surrounded by his friends and family on January 15, 2019. He was born in Abington Pennsylvania on March 13, 1946. His father was William Gray Wetherill from Chester, Pa and his mother was Sidney... View Obituary & Service Information

The family of Wayne M. Wetherill created this Life Tributes page to make it easy to share your memories.

Wayne Morris Wetherill of Cape May went to Heaven surrounded...

Send flowers to the Wetherill family.