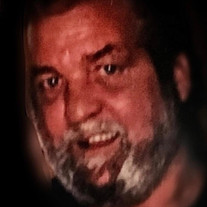 Ronald “Ronnie” John Ehrhardt beloved father, brother, grandfather and friend of Cape May, NJ, passed away on January 21, 2021. Ronnie was born on July 23rd, 1942 to Margaret and Charles Ehrhardt in Montclair, NJ and was raised in West Orange, NJ. He moved to Cape May and bartended at Smitty’s for quite a few years before working for the Tomwar Corporation, where he made wallpaper books, and then eventually made his way back to bartending. Although Ronnie was a relatively private person, he was commonly found at his favorite local spots including, Jakes Bar & Grill, the Whale House, and Venezia’s among others, making many friends along the way. If you were lucky enough to know him, you know that he had a unique, good-natured, dry sense of humor – even at the most unlikely of times. He was a caring person, and his family is deeply saddened by his passing. He lived his life to the fullest but never without an unfiltered camel cigarette in hand. Ronnie is predeceased by his parents, Margaret and Charles. He is survived by his brother, Charles (Pat) Ehrhardt; his children, Mark (Suzanne) Ehrhardt, Margaret (Joseph) Vitelli, Ronald (Gia) Ehrhardt and Michael Ehrhardt; his grandchildren, Cyril, Ashley, Megan (Marc), Andra, Sara, Markie, Gillian, Emily, Ethan and Alexis; his great grandchildren, Joseph, Brooklyn and Marc Jr.; his nieces and nephews, as well as his good friend, Rachel. Ronnie’s memorial ceremony for his family and closest friends will be held on Tuesday (Feb. 2nd) at 11am in the Spilker Funeral Home, 815 Washington Street, Cape May. Restrictions are in place and attendance will be limited. Info and condolences: spilkerfuneralhome.com

Ronald &#8220;Ronnie&#8221; John Ehrhardt beloved father, brother, grandfather and friend of Cape May, NJ, passed away on January 21, 2021. Ronnie was born on July 23rd, 1942 to Margaret and Charles Ehrhardt in Montclair, NJ and was raised in... View Obituary & Service Information

The family of Ronnie Ehrhardt created this Life Tributes page to make it easy to share your memories.