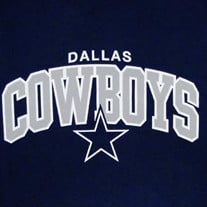 Ronald Elwood Coleman was born February 7, 1957 to Helen (Coleman) Lundy and the (late) William Hicks in Cape May, NJ. He was a lifelong resident of Cape May. Ronnie was an athlete, he played on the football team at Lower Regional High School where he graduated in 1977. He later married and out of that union two children were born; his Son Ronald E. Coleman, Jr. and Daughter Nicole Coleman. He worked as a Custodian Engineer at Cape May Elementary School for several years, before his illness. Ronnie was a small frame man but much larger than most. He immediately took ownership of the part he played in his illness. Everyone was amazed and proud of him; additionally, we were knocked to our knees and shook to the core to witness his strength. Ronnie never complained about his illness or pain, and never approached the subject unless asked. He'd get up, grab the handles of his walker and do an Irish Jig. Then he'd turn around with that familiar smile and say, "I'm good!" He maintained that strength through his dying breath, and I don't know if any of us could have been that strong and brave. He was the life of the party until the end. (~Brother Stanley) He was a devoted Dallas Cowboys fan! Ronnie loved his visits to the Thrift stores and Acme with his favorite Aunt Edith Knight. He lived the remaining years of his life at Genesis Nursing Home in Cape May Courthouse, where he was loved and cared for attentively. (Thank you!) Ronnie seeked and accepted Jesus Christ as his Savior several years before his death under the Ministry of his Cousin Marcia Arrington Janifer. The Bible says, “God so loved the world that He gave His one and only Son, [Jesus Christ], that whosoever believes in Him shall not perish, but have eternal life” (John 3:16). Ronnie leaves to mourn his Parents; Helen & Roy Lundy, Sr., his Son Ronald Elwood Coleman, Jr. and his Daughter Nicole Coleman, Grandson; Zykee Coleman and Granddaughters; Tyajanee Thomas and Zyanah Coleman, ex-wife Debbie Brooks, Brothers, Stanley Curry, Tony Lundy Jr., Kevin Lundy and Sister Sharon Lundy, his favorite Aunt Edith Knight & devoted Uncle Charles, a host of Cousins, Nieces, Nephews and Friends. Ronald Elwood Coleman had such a pleasant personality, to know him was to love him. During his illness he remained his cool, calm and pleasant self. He never had a negative comment or complaints. He will be greatly missed by all...Lovingly submitted by The Family. Ronnie’s viewing will be held on Saturday (July 28th) from 10am until 11am in the Spilker Funeral Home, 815 Washington Street, Cape May with funeral services to follow and begin at 11am. Interment will follow in the Cold Spring Cemetery, Cape May (Lower Township).

Ronald Elwood Coleman was born February 7, 1957 to Helen (Coleman) Lundy and the (late) William Hicks in Cape May, NJ. He was a lifelong resident of Cape May. Ronnie was an athlete, he played on the football team at Lower Regional High School... View Obituary & Service Information

The family of Ronald E. Coleman created this Life Tributes page to make it easy to share your memories.

Send flowers to the Coleman family.