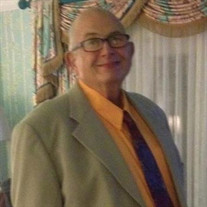 FOTHERGILL, Robert - 78, of Erma, passed away suddenly on April 6, 2015 after a valiant fight with heart disease. Born and raised in Michigan, he joined the U.S. Coast Guard which brought him to Cape May for his basic training and his service on the East Coast. Afterward he became an insurance broker and real estate broker & eventually opened Anchor Insurance Agency in Rio Grande which he has owned for over 40 years. Bob is also the co-owner of Victorian Abstract Agency in Cape May along with his wife, Linda Koch Fothergill. Bob was a former Mayor of Lower Township, former Executive Director of the Lower Township MUA and former acting Lower Township Manager. He enjoyed being of service to others and was proud to be a lifetime member of the Town Bank Fire Dept., and the Bayshore Sportsman Club. He belonged to the Boy Scouts of America in his early years and later became a mentor and contributor. He was past president of the Cape May County Board of Realtors and was instrumental in helping to create the realtor multiple listing service. Bob enjoyed deep sea fishing and fly fishing, boating, working in his garden growing his tomatoes and vegetables which he shared with friends and family and traveling back to Michigan to his summer home to enjoy the company of his neighbors, the Glassners, and many friends. Bob will be greatly missed by his family, his wife of 20 years, Linda Koch Fothergill; his daughter, Christine Fothergill (and Damion); his son, Robert Fothergill and daughter-in-law, Galabina and his precious granddaughter, Amelia; his cousin, Florence DeWitt (and Rick); his dog, Cody and cats, Lahya and Gracie; as well as his longtime friends who were like his brothers and his Anchor Insurance "family". Relatives and friends are invited to Bob’s viewing on Wednesday evening (April 15th) from 6pm to 8pm in the Spilker Funeral Home, 815 Washington St., Cape May. There will be additional viewing time on Thursday from 10am to 11am with a “Time of Remembrance” offered by family and friends beginning at 11am. Interment will be private and at a later date. The family requests, in lieu of flowers, donations can be made to any animal rescue or charity of your choice. - Even though this website offers options of sending flowers, please do NOT send flowers to the family. Please observe the request to send a memorial contribution.

FOTHERGILL, Robert - 78, of Erma, passed away suddenly on April 6, 2015 after a valiant fight with heart disease. Born and raised in Michigan, he joined the U.S. Coast Guard which brought him to Cape May for his basic training and his service... View Obituary & Service Information

The family of Robert R. Fothergill created this Life Tributes page to make it easy to share your memories.

FOTHERGILL, Robert - 78, of Erma, passed away suddenly on April...

Send flowers to the Fothergill family.