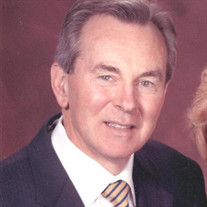 CONNOLLY, Robert Thomas - of Cape May and Seaville NJ, formerly of Vineland NJ, died on Monday evening, March 9, 2015 after a long and valiant battle with Multiple System Atrophy, a neurological disorder. He was surrounded by his caregivers, and family who he loved dearly. Born on October 25, 1945 in Newark NJ, Bob was the son of Robert and Sara Connolly (Anicito), he is survived by his wife of 47 years, Linda Connolly, who was the love of his life; his sons, Robert & Evonne Connolly of Washington D.C. and Michael & Nancy Connolly of Linwood NJ; his four granddaughters, Caroline, Olivia, Shayne, and Maeve; his brother, Richard Connolly; in-laws, Zada England, Monty & Shellie Tibbitts, Dana England, Jeff England, and numerous nephews and cousins. He will be missed by his many friends and his caregivers over the last few years, particularly, Amanda Hakes. He grew up in Northern New Jersey in a large Irish/Italian American family. He was a patriot and a proud Veteran of the United States Air Force having served his country in the Vietnam War. He attended Wichita State University. A longtime resident of Vineland N.J., he was the President of Heritage Insurance for nearly 40 years where he, Linda, and Michael built a successful and vibrant business that served thousands of local residents and businesses all over South Jersey. He was lauded by many in the industry and was a member of the Professional Insurance Agents of America. A lifelong devotion to his community, Bob was the President of the Vineland Junior Soccer League and helped the league grow to prominence. He coached several recreational and travel teams and had tremendous success in developing players and winning many league titles. He was active in many civic and charitable organizations, including a Director of The Vineland Chamber of Commerce, and member of The Lions Club, Kiwanis, Knights of Columbus, and the Vineland Photographic Society. He was a member of Star of the Sea Catholic Church in Cape May, and was an avid golfer, award winning photographer, and Wednesday night poker player. He had a dry sense of humor that kept us laughing. He was driven, loving, and “walked the walk”. His life was characterized by commitment to family, friends, and community. As a devoted husband, father, and friend, he taught us life lessons that will endure. He was dearly loved and will be missed by all who he touched. Mass of Christian Burial will be celebrated on Tuesday (March 17th) at 2pm in Our Lady Star of the Sea Church, 525 Washington St., Cape May where friends will be received from 12:30pm to 2pm. Interment with military honors will follow in St. Mary’s Cem., Cape May. Memorial contributions are suggested to: The Vietnam Veterans Memorial Fund at www.vvmf.org or to Our Lady Star of The Sea Church at www.ladystarofthesea.org (Spilker Funeral Home, Cape May) info and condolences: www.spilkerfuneralhome.com -

CONNOLLY, Robert Thomas - of Cape May and Seaville NJ, formerly of Vineland NJ, died on Monday evening, March 9, 2015 after a long and valiant battle with Multiple System Atrophy, a neurological disorder. He was surrounded by his caregivers,... View Obituary & Service Information

The family of Robert Thomas Connolly created this Life Tributes page to make it easy to share your memories.

CONNOLLY, Robert Thomas - of Cape May and Seaville NJ, formerly...

Send flowers to the Connolly family.