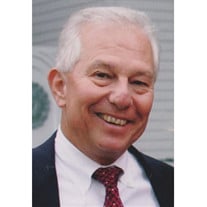 Benoit Jr., Frederick A. “Rick” – 76, of Hillsborough and Cape May Point, passed away unexpectedly at his Cape May Point home on Sunday, July 7, 2019. Rick graduated with a Bachelor of Science degree in Biology from High Point University in 1965. After graduating from college, he enlisted in the United States Navy, first serving as a communications specialist in the Philippines, followed by active combat service at the rank of Lieutenant patrolling the Mekong River Delta during the Vietnam War. Upon returning from war, Rick spent a year as a yacht captain in the Caribbean to recover from combat stress. He then spent the next 31 years as a technical sales manager at DuPont, ensuring that the printing presses of Time, Newsweek, and other magazines were up and running each day. While Rick’s primary residence was in Hillsborough, NJ, his heart was in Cape May Point, NJ, where he proudly owned the Post Office Building on Yale Ave for 44 years. Over the last few decades, he could frequently be seen walking his beloved rescued basset hounds in the Point, chatting up local residents and visitors. Rick is remembered as a profoundly gentle and friendly man. No one was ever a stranger to him, and he loved to start up conversations with anyone who walked by, especially if they were wearing a Philadelphia Eagles shirt. He was an experienced carpenter and handyman, and painstakingly renovated both of his homes himself. He loved to fish, take friends and family out on his boat, and covertly drink gin and tonics on the beach. Rick looked forward to traveling to Walt Disney World with his grandchildren each year, where he insisted on eating a giant turkey leg in Frontierland and riding Splash Mountain. Rick was enormously proud of his children and grandchildren, and he deeply loved his wife, friends, and family. Rick is predeceased by his parents, Frederick and Eleanor Benoit and his brother, Jeffrey Benoit. Rick is dearly missed and forever loved by his family which includes his wife of 46 years, Barbara; son, Clay Benoit (Angel) of Smyrna, GA; daughter, Maggie Benoit (Nate Magee) of Ewing, NJ; grandchildren, Benjamin and June Magee; sister, Deborah Guilloz (Chuck) of Southampton, NY and his sister-in-law, Carol Cubeta of Wilmington, DE. A memorial service celebrating Rick’s life will be held at 11 am on Saturday, August 3, 2019 at the Spilker Funeral Home on Washington St. in Cape May, NJ. The family will accept visitors beginning at 10:15 am. A luncheon will follow next door at the Washington Inn. Please dress casually for this service. Philadelphia Eagles attire is especially encouraged. Burial will be private. In lieu of flowers, memorial contributions are suggested to the Wounded Warrior Project, online at https://support.woundedwarriorproject.org

Benoit Jr., Frederick A. &#8220;Rick&#8221; &#8211; 76, of Hillsborough and Cape May Point, passed away unexpectedly at his Cape May Point home on Sunday, July 7, 2019. Rick graduated with a Bachelor of Science degree in Biology from High... View Obituary & Service Information

The family of Rick Benoit created this Life Tributes page to make it easy to share your memories.