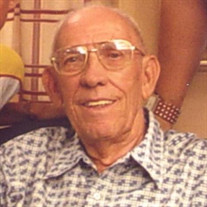 Herritt, Rev. Richard J. – 92, formerly of Rio Grande and recently of Pitman, passed away peacefully on Tuesday morning, September 29, 2015. Rev. Herritt attended Penn State College and later graduated from Rutgers Univ., Camden. As a young man he began working for the Norfolk, VA Naval Ship Yard as an apprentice shipwright in 1942. Shortly thereafter he honorably served in the United States Army during World War II. Upon his return from the war he continued his career with the U.S. Government and was employed by the IRS and the Treasury Department, retiring after 20 years of service in 1974 as a Treasury Agent / Investigator. In 1960 he received his higher calling and was ordained a Methodist Minister in 1964. Rev. Herritt served in many churches over a 22 year span before retiring in 1986 as Pastor from his last assignment, Fairview Village UMC, Camden. During his retirement he offered his pastoral services over many years on a regular basis within the Cape May United Methodist Church. Rev. Herritt is predeceased by his wife Charlotte (2001); his daughter, Darlene Herritt Concepcion (2005) as well as his six siblings. He is dearly missed by his loving family which includes his children, Richard Herritt, Joyce (Peter) Minosse and John Herritt; 9 grandchildren; 8 great grandchildren and many nieces and nephews. Funeral services will be held on Tuesday (Oct. 6th) at 11am in the Cape May United Methodist Church, 635 Washington St., Cape May where there will be a viewing from 10am – 11am. Interment will follow in the Cape May County Veterans Cem. Memorial contributions are suggested to: Samaritan Hospice, 5 Eves Dr. #300, Marlton, NJ 08053. (Spilker Funeral Home, Cape May) info and condolences: spilkerfuneralhome.com

The family of Rev. Richard J. Herritt created this Life Tributes page to make it easy to share your memories.

Send flowers to the Herritt family.