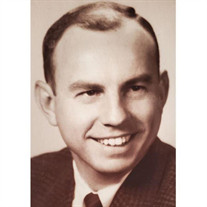 REESE RUEDIGER OBITUARY You could often hear Reese Ruediger say “Life is about choices”. In his 92 years, he chose wisely. He chose to work hard, seek adventure, live with integrity, drink a lot of Red Stripe and be completely devoted to his family. Born in 1929 in Philadelphia, he graduated from Landsdale High School 1942. Reese was just 16 when he received a telegram that his brother and only sibling Robert had been killed in World War II, a defining moment in his life. He received an athletic scholarship to West Chester University where he ran track (100meter at the Penn Relays) and played football. His first teaching job was at Margaret Mace in North Wildwood. In the summer he worked for Swedish American Line on their around the world cruise ship. He then taught PE at Merchantville High school and began his basketball coaching career in 1960. Reese coached the 1964-1965 Merchantville High School Basketball team to a Group II State Championship and was inducted to the South Jersey Basketball Hall of Fame. The following year he met his wife Gail, a teacher at Cherry Hill HS, and they married three months later. He went on to receive a graduate degree in counseling from Temple University and was a teacher and administrator at Atlantic Community College for the remainder of his career. Reese and Gail ran the Gaslite Motel in North Wildwood in the summer for 12 years. He had an incredible work ethic spurred by growing up during the depression that propelled him throughout his life as a highly successful college athlete, educator, coach, business owner and most importantly husband and father. Reese traveled the world but his two favorite places were Cape May, New Jersey where he raised his family; and the Cayman Islands where he retired and lived for 20 years. He is survived by the love of his life and wife of 55 years, Gail Richey; daughters Alice Talerman (Jason Talerman) and Anne Bracken (Matthew Bracken); and grandchildren Lily Talerman, Josie Talerman, Reese Bracken and Max Bracken. Funeral services are being held privately. The family asks that in lieu of flowers, donations be sent to Lower Cape May Regional Field Hockey, 687 U.S. 9, Cape May, NJ 08204.

REESE RUEDIGER OBITUARY You could often hear Reese Ruediger say &#8220;Life is about choices&#8221;. In his 92 years, he chose wisely. He chose to work hard, seek adventure, live with integrity, drink a lot of Red Stripe and be completely... View Obituary & Service Information

The family of Reese Ruediger created this Life Tributes page to make it easy to share your memories.

You could often hear Reese Ruediger...