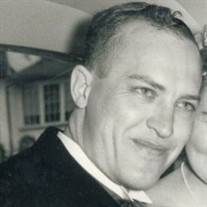 CLARK, Raymond Norris – 87, of North Cape May formerly of Cherry Hill, died Thursday, April 2, 2015, surrounded by his loving family. By his side were his wife of 58 years, Marianna McIntire Clark; his sons R. Norris Clark, Jr. and Gordon Clark, and his daughters Sally Balick and Charity Clark. He leaves four children and 11 grandchildren. Raymond was born and raised in Abilene, Texas, the son of Marion Howard Clark and Rosa Evalena Cartwright Clark. He is survived by his brother, Reverend Marvin Clark, and sisters Pauline Clark Maul, June Clark Burt and Shirley Clark Pylant. He is predeceased by his son, Jonathan Clark and sister Joyce Clark Dane. In his early years, Raymond was recognized for successfully selling newspapers to purchase war bonds as he pursued his passion for radio broadcasting. At the age of fourteen, while in high school, Raymond operated a radio station in Midland, Texas. Raymond went on to serve in the United States Air Force as a radio repairman, and receive the BSEE degree in 1952 from Southern Methodist University and the MSEE degree from Drexel Institute in 1956. A lifelong passion for radio broadcast engineering took Raymond to the pinnacle of his profession as the engineer who designed the antennae atop the World Trade Center in New York City. He spent 34 years at RCA and four years at Continental Electronics before joining the Plasma Physics Laboratory at Princeton University to advance nuclear fusion. Through his career, Raymond led in the development of television antennas, transmitters, high-powered radar and was granted six U.S. patents. Raymond also nurtured passions for classical music, the biography of George Washington and antiques as he spent many years restoring a historic home associated with Washington in King and Queen County Virginia. In 1982, Raymond was ordained as an elder of the Bible Presbyterian Church of Collingswood, NJ, pastored by his father-in-law, the Reverend Carl McIntire. Raymond’s funeral service will be held on Monday (April 6th) at 11am in the Historic Cold Spring Presbyterian Church, 780 Seashore Rd., Lower Twp. where friends will be received from 10am – 10:50am. Interment will follow in the church cemetery. -

CLARK, Raymond Norris &#8211; 87, of North Cape May formerly of Cherry Hill, died Thursday, April 2, 2015, surrounded by his loving family. By his side were his wife of 58 years, Marianna McIntire Clark; his sons R. Norris Clark, Jr. and... View Obituary & Service Information

The family of Raymond Norris Clark created this Life Tributes page to make it easy to share your memories.

CLARK, Raymond Norris – 87, of North Cape May formerly of Cherry...

Send flowers to the Clark family.