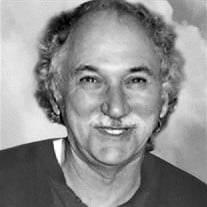 BERNSTEIN, Ralph R. – 83, of Blackwood, Ocean City and recently of Cape May passed away peacefully on Wednesday evening, December 3, 2014. A true patriot, Ralph proudly and honorably served in the United States Navy during the Korean War. Ralph was born in Philadelphia where he grew up, started his family, and conducted his businesses. He started with a small corner store and a custard truck, which grew into Bernstein’s Wholesale Greeting Cards and Ralph’s Candied Apples. A gifted athlete, his love of baseball shone on the Olney High School Baseball team as well as on the Navy team as a left-handed first baseman. His love of animals and children was reflected in his tireless fundraising efforts for the Philadelphia Zoo, Make a Wish Foundation, and many other causes. Autumn Sunday afternoons would find him near the primate house at the Zoo, selling his Candy Apples, and donating all of the proceeds to the Zoo to purchase new animals for their collection. In his later years, on Labor Day, he held an auction fundraiser at his Ocean City summer home, Ocean Colony, raising tens of thousands of dollars over the years. Known for his quick sense of humor and fun, Ralph was always looking for an opportunity to make those around him laugh. Waitresses were often surprised to meet his plastic “pet” roach on his plate! Strangers were amused by his request to break his million dollar bill. He loved ballroom dancing and will be remembered not only for his elegance and grace on the dance floor, but also for his unique style of mismatched shoes and socks. Ralph was a devoted and loving father and grandfather. His motto was “Never Quit”, and he inspired his family to reach for their dreams. He enjoyed playing Santa for his grandchildren, who, thanks to lots of pillows, never realized that Santa was their own Grandpop Apples. He is predeceased by his parents, Benjamin and Stella Mae Bernstein. Ralph’s memory will be cherished by his loving family which includes his two children, Jacqualyne (and Doug) Chambers and Mike (and Lisa) Bernstein; four grandchildren, Molly and Sarah Bernstein and Doug and Andrew Chambers; longtime companion and dancing partner, Joyce Rosa. Relatives and friends are invited to gather on Saturday (Dec. 13th) from 11am – 12 noon at the Spilker Funeral Home, 815 Washington St., Cape May where Ralph’s memorial service will begin at 12 noon and will be followed by military honors. Please wear red, white and blue attire. Interment will be private and at a later date. In lieu of flowers, memorial contributions are suggested in Ralph’s memory to: The Wounded Warrior Project or to The Make A Wish Foundation.

BERNSTEIN, Ralph R. &#8211; 83, of Blackwood, Ocean City and recently of Cape May passed away peacefully on Wednesday evening, December 3, 2014. A true patriot, Ralph proudly and honorably served in the United States Navy during the Korean... View Obituary & Service Information

The family of Ralph R. Bernstein created this Life Tributes page to make it easy to share your memories.

Send flowers to the Bernstein family.