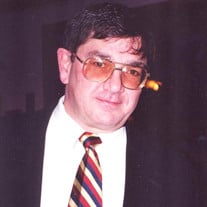 TOURISON, Peter M. – 67, of Cape May, passed away on Thursday, September 14, 2017. Pete grew up in the Philadelphia area and has been a longtime resident of Cape May. He graduated from Germantown Academy and later from Thiel College, Greenville, PA with a Bachelor’s Degree in History and Stetson University, College of Law in Florida where he earned his law degree. An attorney at law, Pete worked as a prosecutor, solicitor and a municipal judge in various municipalities within Cape May County for many years. Pete was a sports enthusiast and sports memorabilia collector, having a specific fondness and appreciation for the game of baseball, closely following the Boston Red Sox and the Philadelphia Phillies. He also loved to travel and was a voracious reader. Peter was a hard-working family man. He was a great listener and always exercised common sense. He was known for always being fair and straight to the point. He liked to travel to different ballparks, even attending a world series game with his grandson. The highlight of his travels was taking the family to the Baseball Hall of Fame. He was very intelligent and was knowledgeable on world history, US history, and sports history. He had amassed a huge collection of books and was always quick to loan them out to friends and family. He truly loved the community of Cape May County as exemplified in his extensive public service. He enjoyed good family meals at the Lobster House in Cape May. He is predeceased by his father, Miles Tourison and recently his sister, Wendy Carnecchia. Pete is dearly missed by his loving family which includes his wife of 40 years, Kathy; son, Jamey Tourison (fiancée April Feague); daughter, M. Jennifer Tourison (husband Thomas Miller); his mother, Ann Tourison; sister, Linda Simpson (husband Morgan); aunt, Alice Goodrich; 6 grandchildren, T.J., Jonathon, Seaver, Jess, Brett and Ashley, Nieces and Nephew Emory, Lily, Brittany and Parker. Pete’s memorial ceremony will be held on Saturday (Sept. 23rd) at 11am in the First Assembly of God Church, 1068 Seashore Rd., Cape May where friends will be received from 10am until 11am. Interment is private and at a later date. To honor Pete’s casual, unassuming nature and enthusiasm for all things sports please wear your favorite sports attire if possible – Pete would like that! In lieu of flowers, memorial contributions are suggested in his memory to the Lower Cape May Little League by visiting https://www.inmemoryof-memorial.org/peter-m-tourison

TOURISON, Peter M. &#8211; 67, of Cape May, passed away on Thursday, September 14, 2017. Pete grew up in the Philadelphia area and has been a longtime resident of Cape May. He graduated from Germantown Academy and later from Thiel College, Greenville,... View Obituary & Service Information

The family of Peter M. Tourison created this Life Tributes page to make it easy to share your memories.