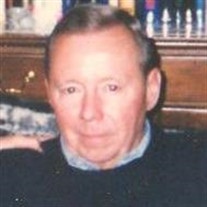 KELSO, Paul – 79, of Cape May Point and formerly of Swarthmore, PA passed away in the comfort of his home on Tuesday morning, January 10, 2017. Paul was a standout basketball player at Darby High School, Class of 1955, and was awarded a mathematics and basketball scholarship to the University of Pennsylvania. As a freshman at the U of P he was named captain of their basketball team. A man of honor, Paul served in the United States Army during the Korean War era and also played for the U. S. Army Recreational Basketball Team. With intellect and hard work, he founded and managed his own company, Ivy Fence Company in Swarthmore, PA which he operated for 26 years before retiring in 1996. Upon his retirement, Paul and his wife, Karen moved to Cape May Point after summering there for many years. He was a supporter of the VFW Peterson-Little Post 386, Cape May. Paul was known to be a kind, honest, private, and intelligent man with a great sense of humor. He enjoyed long power walks on the beach and in the park to the point that he often wore out his tennis shoes. Due to his detail oriented and meticulous nature, he kept a rigid schedule, eating breakfast, lunch and dinner at the same time every day without waver and kept a log of every bite he took. He was a sharp dresser even when he didn’t leave his house. You could always find Paul dressed in khakis and a nice shirt sitting in his chair watching the closing bell or a sports game. Paul was a huge Philadelphia Eagles and Penn State Nittany Lions diehard fan. He loved listening to Jazz and was somewhat of a music history buff. His motto was if you have a problem with something, go look in the mirror. He was great at using his sense of humor to rib and find out about people which is how he met the second love of his life, Connie. He was married for 46 years to Karen Kelso (Starrett) who passed away in 2008. He is also predeceased by his daughter, Jane Kelso and his brother, Edward Kelso. Paul is dearly missed by his son, Paul Scott Kelso; his sister, Mary Yarkowski, his best buddy, Tom Knepley; his loving partner, Connie Fontaine and many loving nieces and nephews. Relatives and friends will be received on Friday (Jan. 20th) from 12:30pm to 1:30pm in the Spilker Funeral Home, 815 Washington St., Cape May with a time of sharing thoughts and memories offered by family and friends beginning at 1:30pm. A graveside service will be held at Edgewood Memorial Park, Glen Mills, PA on Saturday (Jan. 21st) at 11:30am. In lieu of flowers, memorial contributions can be made to Ronald McDonald House of Philadelphia where Karen Kelso was an active volunteer, online at http://www.rmhcphilly.org/ Info and condolences: spilkerfuneralhome.com - Although this website offers many options to send flowers, PLEASE observe the request of the family to send a memorial contribution instead to: Ronald McDonald House of Philadelphia where Karen Kelso was an active volunteer, online at http://www.rmhcphilly.org/

KELSO, Paul &#8211; 79, of Cape May Point and formerly of Swarthmore, PA passed away in the comfort of his home on Tuesday morning, January 10, 2017. Paul was a standout basketball player at Darby High School, Class of 1955, and was awarded... View Obituary & Service Information

The family of Paul Kelso created this Life Tributes page to make it easy to share your memories.

Send flowers to the Kelso family.