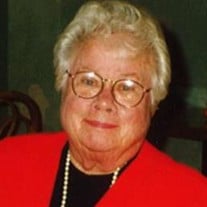 Dirvin (nee Gallagher), Nora T. – 90 of Cape May passed away peacefully, Saturday, March 12, 2016. Born in Philadelphia, Pa, Nora has been a resident of Cape May since 1975. She graduated from Temple University and enjoyed a long career in elementary education, teaching in Philadelphia and later Cape May. She also worked for the Philadelphia Inquirer for 29 years (1942 – 1971). A woman of faith, she was a member of Our Lady Star of the Sea Church, Cape May. While in Cape May, Nora entertained many visitors as their guide on the well-known trolley tours in Cape May. Nora’s calling was to teach. She taught 7th grade for 25 years at St. Bernard’s Catholic School. There she shared her enthusiasm for science and nature. Often, she would host a Saturday nature walk through Penny Pack Park where students would explore finding various leaves and rocks that they learned about in class. After leaving St. Bernard’s, Nora taught 10 years in North Philadelphia. She educated children with learning disabilities and often became involved ensuring they had basic needs met such as food, clothing and shelter. Nora ended her teaching career in Cape May and enjoyed sharing in the lives of the small town community. Nora had a great love of the arts and was a member of the Philadelphia Art Museum as well as the Philadelphia Pops. She was an active sponsor of the Philadelphia Zoo “adopt an animal” program. Upon retirement, Nora actively participated in educating children who were converting to Catholicism. Through Nora’s 45 year teaching career she touched the lives of many. Often, while getting ready for a trolley tour on the mall passers-by would stop and say “do you remember me Ms. Gallagher or Mrs. Dirvin, you were my teacher.” Nora always remembered her students and would embrace them with the humor, warm smile and loving embrace that they remembered so well. She is predeceased by her husband, Joseph B. Dirvin, as well as her brother, Joseph E. Gallagher, mother, Marie Gallagher (nee McGeehan), and father, Joseph F. Gallagher. Aunt Nora will be dearly missed by her two nieces, Lois Sweeney (John Sweeney) and Carolmarie Mahoney (Andrew Mahoney) and her grand-nephews and niece Kyle Sweeney, Andrew and Grace Mahoney. She will be deeply missed by her friend and sister-in-law, Carol Gallagher and many loving cousins. Family and friends are welcome to attend a Mass of Christian Burial on Saturday (April 2nd) at 10am in Our Lady Star of the Sea Church, 525 Washington St., Cape May where friends will be received from 9am to 10am. Interment is private and at a later date. In lieu of flowers, memorial contributions are suggested in Nora’s memory to Little Sisters of the Poor, 5300 Chester Ave., Philadelphia Pa 19143. - Although this website offers many options to send flowers, please observe the request of the family to send a memorial contribution instead to the above named charity.

Dirvin (nee Gallagher), Nora T. &#8211; 90 of Cape May passed away peacefully, Saturday, March 12, 2016. Born in Philadelphia, Pa, Nora has been a resident of Cape May since 1975. She graduated from Temple University and enjoyed a long career... View Obituary & Service Information

The family of Nora T. Dirvin created this Life Tributes page to make it easy to share your memories.

Send flowers to the Dirvin family.