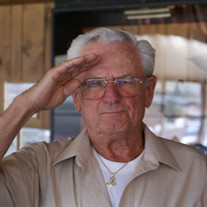 HOBER, Nicholas J. – 91, of Cape May, passed away on Thursday, March 17, 2022. He was born in the Frankford Section of Northeast Philadelphia. He worked at Budds Plant on the assembly line in Philadelphia. A man of honor, Nick proudly served in the Unites States Marine Corps during the Korean War. He moved to Cape May and began a career as a self-employed construction contractor. He built the Mt. Vernon Motel located on Beach Avenue, where he and his wife, Mary, became the proprietors for 59 years. He loved his family; fishing on the Proud Mary, skiing, photography and happy hour with his brother, Jules, on Yacht Ave. Nick was known for his quick wit; love of country music, and for those lucky enough, his homemade raisin bread. He was an avid Phillies and Notre Dame fan. He had a fun-loving zest for life and loved everyone. Nick was affectionally known as Pop Pop by his grandchildren and all of their friends. He enjoyed a loving marriage of 55 years to his wife, Mary J. Hober, who passed away in 2012. He is also predeceased by his son, Nicholas J. Hober and his brother, Julius C. Hober. Nick is dearly missed and forever loved by his family which includes his three children, Mary (and Bill) Moore, Kathy (and Chris) McDuell and Michael (and Krysta) Hober; four grandchildren, Billy (and fiancée Molly), Nicole, Alexis (and fiancé Jeff) and Ryan. Nick’s Mass of Christian Burial will be celebrated on Thursday (March 24th) at 1:30pm in Our Lady Star of the Sea Church, 525 Washington St., Cape May where his viewing will take place from 12:15pm until 1:15pm. Interment will follow Mass in St. Mary’s Cem., Cape May. In lieu of flowers, memorial contributions are suggested to either Wounded Warrior Project, online at https://support.woundedwarriorproject.org/ or Tunnel to Towers Foundation, online at https://t2t.org/donate/ Info and condolences: www.spilkerfuneralhome.com

HOBER, Nicholas J. &#8211; 91, of Cape May, passed away on Thursday, March 17, 2022. He was born in the Frankford Section of Northeast Philadelphia. He worked at Budds Plant on the assembly line in Philadelphia. A man of honor, Nick proudly... View Obituary & Service Information

The family of Nick Hober created this Life Tributes page to make it easy to share your memories.