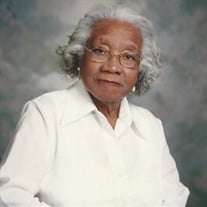 MOORE, Mildred Payne - at the age of 99 years and 10 months, died peacefully in her sleep June 17, 2015. She was born to Charles and Rachel Payne, August 23, 1915, in Cambridge, Maryland. The family moved to Cape May while she was very young. She attended West Cape May Elementary school where she was taught and inspired by the legendary William J. Moore and where she was valedictorian of the class of 1929. After graduating from Cape May High School, she embarked on her first career, as a beautician. She prepared herself by graduating from the Apex Beauty Culture school and Berean Business College, both in Philadelphia. For many years, she ran a beauty salon from the family home at 825 Jefferson Avenue in Cape May. During the Second World War, she joined the Women’s Army Corps, from which she was honorably discharged in 1946 at the rank of staff sergeant. The citation for her Army Commendation Ribbon cited her “patience, alertness and versatility.” After the service, she began her second career, this time as an educator. She obtained her undergraduate degree from the University of Pennsylvania and graduate degrees from both Penn and Temple, with additional study at Villanova. For thirty years, she served the children of Philadelphia as teacher and supervisor. She maintained her Cape May home and when urban renewal forced her to leave Cape May City she moved to Landis Avenue in West Cape May, where she and her husband James Alexander “Duck” Moore, welcomed school children every spring to pick daffodils. She enriched all of the communities she touched through her volunteer and civic work, only some of which can be mentioned here. She was a long-time trustee of Franklin Street United Methodist Church, where she also taught Sunday School and frequently chaired Homecoming. She was an original trustee of the William Moore Scholarship Foundation. She served on the West Cape May Board of Education, on the Board of Directors of Jersey Cape Home Health Care, the board of the Center for Community Arts, as president of the Cape May Senior Citizens Club, as a member of the county Child Placement Review Board, as secretary to the Philadelphia branch of the Association for the Study of Negro Life and History, as president of the American Legion Auxiliary, and as a guide at the county Historical Museum. She was a life member of the Cape May County Historical and Genealogical Society, a charter member and past president of the Philadelphia Branch of the National Association of University Women, a member of Veterans of Foreign Wars, the NAACP, the New Jersey School Boards Association, and a member of the American Association of University Women. Her many good works were recognized by many awards, including a Certificate of Appreciation from the New Jersey Governor’s Office of Volunteerism and designation as West Cape May Senior of the Year in 1995. Her husband James predeceased her, as did her brothers, Charles, James and William. To mourn she leaves a sister-in-law, Josephine Payne, of Philadelphia; a step-daughter, Janet Mack of Skokie, IL; two grandchildren, Kevin Mack and Tara (Gary) Younge, both of Chicago; 3 nieces and 2 nephews, Charles Payne of Chicago, Juanita Lewis (Raymond) of Woodbine, Gwendolyn Flowers (Joseph) of Philadelphia, Robin (Alexander) Davis of Durham, NC and Stephen Payne (Rene) of Franklin, MA; two great grandchildren; many great- or great – great- nieces and nephews, cousins, and a small army of those who have been touched by her energy and generosity. Memorial services will be held on Saturday, June 27th in the Cape May United Methodist Church, 635 Washington St., Cape May, with a viewing from 10am – 10:50am and services beginning at 11am. Interment with Military Honors will follow in the Cape May County Veterans Cemetery. In lieu of flowers, memorial contributions can be made to the William J. Moore Scholarship Fund, Box 64, Cape May, NJ 08204. (Spilker Funeral Home, Cape May) info and condolences: spilkerfuneralhome.com - Even though the website offers options of sending flowers, please observe the family's request to not send flowers and contribute to the William J. Moore Scholarship Foundation.

MOORE, Mildred Payne - at the age of 99 years and 10 months, died peacefully in her sleep June 17, 2015. She was born to Charles and Rachel Payne, August 23, 1915, in Cambridge, Maryland. The family moved to Cape May while she was very young.... View Obituary & Service Information

The family of Mildred Moore created this Life Tributes page to make it easy to share your memories.

Send flowers to the Moore family.