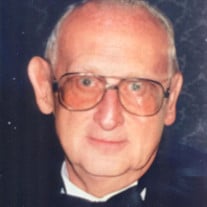 TKACSIK, Michael J. – 76, of North Cape May and formerly of Perth Amboy passed away suddenly at his home on Thursday morning, March 26, 2015. Mike was born on April 8, 1938 to Anna and Paul Tkacsik in Perth Amboy. He attended Holy Trinity Elementary School, Perth Amboy and Perth Amboy High School. Mike played basketball in school and was also a member of the Sherman Street Knights Basketball Team in Perth Amboy. He met his wife, Claire (nee Novak) in the third grade when they lived around the corner from one another. They were a part of a large great group of kids that hung on “Julie’s Corner”. They married in February of 1961. Mike worked at General Cable, Perth Amboy and later at Triangle Cable, New Brunswick and ended his career with Victalic Cable, South Plainfield. Mike and Claire relocated to North Cape May from Perth Amboy in 1988 when they built their dream house but they never really cut their ties with Perth Amboy. Mike loved living in the Cape May area; being around the water, and fishing and crabbing which he enjoyed with his son and daughter. Along with his parents, he is predeceased by his four sisters, Ann, Betty, Marge and Marie. Mike is dearly missed by his loving family which includes his wife of 54 years, Claire; two children, Lori Ann (and Randy) Whitt and Michael Jr. (and Gail) Tkacsik; his wonderful grandson, Randy Whitt, Jr.; as well as nieces, nephews, cousins, extended family and great friends. Mike had a very good life. He was never alone, always with his wife and family nearby. We will miss him. Mike’s Mass of Christian Burial will be celebrated on Monday (Mar. 30th) at 1:30pm in Our Lady Star of the Sea Church, 525 Washington St., Cape May where there will be a viewing from 12:30pm – 1:25pm. Interment will take place on Tuesday (Mar. 31st) at 11:30am in Holy Trinity Cemetery, Perth Amboy. In lieu of flowers, memorial contributions are suggested to: Love of Linda, PO Box 1053, Wildwood, NJ 08260 or to Our Lady Star of the Sea Church Restoration Fund. -

TKACSIK, Michael J. &#8211; 76, of North Cape May and formerly of Perth Amboy passed away suddenly at his home on Thursday morning, March 26, 2015. Mike was born on April 8, 1938 to Anna and Paul Tkacsik in Perth Amboy. He attended Holy... View Obituary & Service Information

The family of Mike Tkacsik created this Life Tributes page to make it easy to share your memories.

Send flowers to the Tkacsik family.