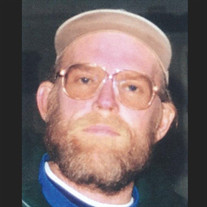 ABADIE, Michael W. – 64, formerly of the Villas and Cape May, passed away peacefully at his home in North Cape May on August 3, 2018. Born September 20, 1953 in Cape May Court House, NJ to the late William K. and Eileen M. Abadie, Mike leaves behind siblings Timothy C. Abadie of Cape May, Kathleen M. Hewitt (Shelby) of North Cape May, William M. Abadie of Wilmington, NC and Shawn D. Abadie (Lisa) of Scottsdale, AZ; nieces Samantha Hewitt, Lauren Hewitt, Kayla Abadie and Megan Abadie; nephews Christopher Hewitt, Andrew Abadie, Darryll and Jason Meter; Aunt Irma, Uncle Floyd, and Allen Brown of Cape May; many cousins and many friends. During his childhood, the family lived in the Cape May area more than once, and Mike attended Star of the Sea and St. Raymond’s. Shortly after he graduated from Norview High School in Norfolk, VA in 1971, the family relocated to Cape May permanently. His mother often said that after the untimely passing of his father in 1972, she didn’t know how she could have gotten the family through it without Mike at her side. He worked for Cape May Lumber for many years, as a carpenter with Schramm and Hallman after that, and then had various jobs in town as a carpenter and roofer, until a chronic back problem prevented him from working. Many friends in Cape May and beyond knew him as Swifty, Moo or Mikey, but to all he was known as a gentle, sensitive guy with a good heart, who genuinely loved and cared about his family and friends. Mike was generous to a fault which led him to share whatever he had with anyone in need - from a place to stay, a sympathetic ear or just some sardines. A naturally gifted musician, he seemed most content when he was playing his guitar or at a keyboard picking out a tune. His ideal day was hanging out in Tim’s backyard throwing horseshoes. He was a crack shot at the pool table and dartboard and he always had a witty comeback for anyone at any time. One of the smartest people you could know, once you knew him, you could not help caring about him and Mike is going to be sorely missed by his family and friends. Knowing how he hated “being hassled”, and how he wouldn’t want to hassle others, his family said their goodbyes privately. He was one of a kind – “over 6-foot, bare-footed, pony-tailed, hell of a man” - and his family would like to invite all who knew him to a celebration of Mike on Saturday, October 20, 2018, 3pm at Cape May VFW Post 386, 419 Congress St, Cape May, NJ. Rest in peace, Mike. Info and condolences: spilkerfuneralhome.com

The family of Mike Abadie created this Life Tributes page to make it easy to share your memories.