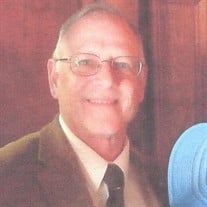 LOVELL, Mark Richardson – 62, of Villas passed away at home on Friday, November 7, 2014. Born in Portland, ME on April 12, 1952, Mark graduated from Deerfield Academy (Class of 1970) and later received his BArch from the University of Kentucky (Class of 1975) where he was a member of Sigma Nu fraternity. Mark was a Registered Architect and a Professional Planner in the State of New Jersey and a member of The American Institute of Architects. Mark came from a career Coast Guard family and the long line of Massachusetts Lovells who "went down to the sea" for a living; he was taught seamanship as a young child and it became a lifelong passion. The complexities and beauty of all types of boats, along with the complex calculations of the tides and winds of sailing came to Mark with ease. His entire life the only thing Mark enjoyed more than a day on the water was teaching others watercraft skills and helping them become comfortable with this intricate skill set. He was a Past Commodore of the Corinthian Yacht Club of Cape May and a founder of the Kayak Club of Lower Township, which is dedicated to informally getting people out on the water as a group, sharing knowledge of kayaking and having lots of fun! Mark was an accomplished architect. His creations can be seen in many projects located all over Cape May County and Upper and Lower Township. From new waterfront home construction with a contemporary edge, to schools and commercial remodels, to creative home remodels that seamlessly blended old with new on historic Victorian homes or conversely, transformed an ordinary home into a spectacular Victorian look-alike, Mark's talent as an artist/architect was multifaceted and broad ranging. Because of the pleasure of knowing Mark, clients often become long term friends. Mark was known by everyone as a happy, friendly, lovable man. He loved to come up with surprises for his wife Carol. They have had finches as pets for many years, their home full of the bright chirps of the tiny birds. Mark and Carol have always had special dogs in their life, currently, Lacey, their cocker spaniel, who under Mark's watchful eye, often went on local kayaking adventures with them. Lacey is also a registered therapy dog who visits nursing homes Oceana and Victoria Manor with Mark and Carol. Mark's mother, Dolly, was a well-known cocker spaniel breeder/trainer and Mark had an avid interest in the breed since childhood. He was a member of the American Spaniel Club and enjoyed travel to dog shows. Mark was a loyal supporter of activities at Historic Cold Spring Village and Naval Air Station Wildwood. Mark was an interested participant in the local shell society, Jersey Cape Shell Club. He also made many, very special friends among the musicians and those who gather with a common love of the music played at Alethea's, at the Inn of Cape May. When Mark turned 61 in April 2013, he wrote the following and shared it with close family and friends... How to have a Successful and Meaningful Life - by Mark Lovell. Be proactive. Be unselfish. Be thoughtful. Be thorough. Be responsible. Be respectful. Be organized. Be accomplished. Be happy. Be considerate. Take pride in all you do. In his life, Mark managed to accomplish what he suggests and brought great happiness to many. A favorite activity for Mark and Carol was to drive down Shore Drive toward where the mighty Delaware River widens to meet the Atlantic Ocean and visit the sunsets at Ferry Park. Here are some thoughts in tribute to Mark, to those times and to his love of the bay, the sea and sunsets... "There is no death, only a change of worlds" (Native American); "The butterfly counts not months but moments and has time enough" (R. Tagore) "For life and death are one, Even as the river and the sea are one. Sadness is but a wall between two gardens" (Khalil Gabran) "Let me walk in beauty and make my eyes ever behold the red and purple sunset, Peace in every step" (Native American) Mark is predeceased by his parents, Moses Richardson “Jack” Lovell, Jr. and Dorothy Louise “Dolly” (nee Platka) Lovell. Mark will be dearly missed by his loving family which includes his wife of 32 years, Carol Eileen (nee Brown) Lovell; beloved Therapy Dog, Lacey; brother, Eric Richardson Lovell, M.D. (and wife, Nancy Beth(nee Detris) Lovell,PhD; sister, Rev. Elizabeth Ann Lovell McGlinn (and husband, Scott McGlinn); nieces and nephews, Eric Brandon Lovell, Ann Laurel Lovell, Christopher DeMatteis (wife, Jessica) and Eric DeMatteis and his two great nephews, Rivers and Landon DeMatteis. A memorial service and gathering are being scheduled and due notice will be given. In lieu of flowers, memorial contributions are suggested in Mark’s memory to The Animal Welfare Society, 40 South Delsea Drive, Cape May Courthouse, NJ 08210.

LOVELL, Mark Richardson &#8211; 62, of Villas passed away at home on Friday, November 7, 2014. Born in Portland, ME on April 12, 1952, Mark graduated from Deerfield Academy (Class of 1970) and later received his BArch from the University... View Obituary & Service Information

The family of Mark Richardson Lovell created this Life Tributes page to make it easy to share your memories.

LOVELL, Mark Richardson – 62, of Villas passed away at home on...

Send flowers to the Lovell family.