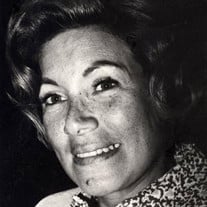 Marie E. Shirley, 92, (born Cianfrani) of West Cape May, formerly of North Wildwood and Philadelphia, died peacefully on Saturday, December 14, surrounded by the love of her family and dear friends. She attended The South Philadelphia High School for Girls, where she excelled at art. As a young mother, she worked alongside first husband Ralph Bernstein at their corner store in Olney, making Italian water ice from scratch that customers were happy to wait in line for. After moving to North Wildwood, she worked at Woody’s Place for thirteen years. Later she worked with her son and daughter in law at The Great Atlantic Kite Co. and Aqua Trails Kayak tours in Cape May. She loved spending winters in Pompano Beach, FL, near her daughter and her family, with second husband, John Shirley. Marie was known for her feisty, unfiltered take on life. She had a flair for fashion and never left home without being “put together.” This talent also extended to interior decorating. Her gravy and meatballs were unsurpassed. Late in life, she joined The Lighthouse Church, where she found her true spiritual family, friends and community. Left to cherish her memory and make the gravy are her sister, Dolores (Tootsie) Capozzoli, daughter Jackie Chambers, son in law Doug, grandsons Doug and Andrew, son Mike Bernstein, daughter in law Lisa, granddaughters (aka chickadees) Molly and Sarah, bonus sons Edward Zanan and John Britton, and bonus daughter Mary Britton, as well as numerous nieces, nephews, and cousins. A celebration of Marie’s life will be held on Saturday, January 4, at SPILKER FUNERAL HOME, 815 Washington Street, with visitation beginning at 10 am, Memorial Service to follow at 11 am. Interment will be private later in the month. In lieu of flowers, memorial contributions are suggested in Marie’s name to The Lighthouse Church, 1248 Route 9 South, Cape May Court House, NJ 08210.

Marie E. Shirley, 92, (born Cianfrani) of West Cape May, formerly of North Wildwood and Philadelphia, died peacefully on Saturday, December 14, surrounded by the love of her family and dear friends. She attended The South Philadelphia High... View Obituary & Service Information

The family of Marie E. Shirley created this Life Tributes page to make it easy to share your memories.