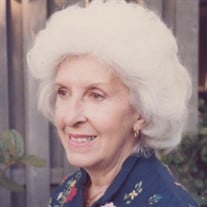 GROETSCH, Angela C. “Lee” – 91, of Cape May, NJ and Sanibel Island, FL passed away peacefully on Sunday afternoon in the comfort of her home in Cape May. Lee was born in South Philadelphia, the daughter of Italian immigrants. At the age of 18 she left her family home, determined to make it on her own. She began her career as a salesperson in the millinery industry, soon finding herself manufacturing parachutes during WWII in support of the war effort. After the war she was introduced to the love of her life, John, and the two were married in 1947. Together they raised a family of four boys in Levittown, PA. In 1968 they began their journey to The Shore, acquiring a rooming house on E. Maple Avenue in Wildwood, NJ which they operated during the summer season between 1968 and 1972. Seeing an opportunity to the south, they acquired The Stockton Inns & Mini Golf in Cape May in 1973. The family continues to proudly operate what Lee and John began, now entering its’ 43rd season. Both she and her husband were active members of the Cape May Chamber of Commerce and the Cape May Hotel-Motel Association during the 1970’s and 1980’s. Angela worked tirelessly overseeing her hotel, ensuring everything was just right for her guests. She will be remembered by her employees, her “Clean Team” as she called them, as a caring and loving woman. She would always keep a full jar of cookies and sweet treats for her “girls” who she always called “sweetie”. A passionate gardener, she could always be found tending the flowers surrounding her hotel. She remained active in the business until she fell ill in 2010. Lee looked forward to the off-season when she spent her time enjoying the sunsets in her beloved Sanibel Island, FL with her husband and family. She enjoyed her time flying in her husband’s airplane, reading a good “who-done-it” mystery, quilting a masterpiece, tending her “damn” Florida gardens and cuddling with her Burmese cat “Coco”. She was an excellent cook, but she was always ready to go out to eat and let someone else clean up the mess. She was a loving, charming, fashionable, generous and fiercely independent woman. She is predeceased by her husband, John A. Groetsch, Jr. (1997); her son, Steven J. Groetsch (1971), her grandsons, Steven J. Groetsch, II, just two weeks ago and Jason Groetsch (2011). Lee will be dearly missed by her loving family which includes her three sons, John (and Margaret) Groetsch of Front Royal, VA, Brian (and Nancy) Groetsch of Cape May, NJ and Sanibel Island, FL and Wayne (and Valerie) Groetsch of Vineland, NJ; Brother Peter (and Dolores) Carrieri; eight grandchildren and ten great-grandchildren, as well as her many friends, employees and caretaker. Funeral services will be held on Monday (Jan. 19th) at 10:30am in the Spilker Funeral Home, 815 Washington St., where there will be a viewing from 9:30am – 10:30am. Interment will follow in Holy Sepulchre Cemetery, Cheltenham Twp., PA. In lieu of flowers, memorial contributions are suggested to: Alzheimer’s Assoc., 399 Market St. – Suite 102, Philadelphia, PA 19106. -

GROETSCH, Angela C. &#8220;Lee&#8221; &#8211; 91, of Cape May, NJ and Sanibel Island, FL passed away peacefully on Sunday afternoon in the comfort of her home in Cape May. Lee was born in South Philadelphia, the daughter of Italian immigrants.... View Obituary & Service Information

The family of Lee Groetsch created this Life Tributes page to make it easy to share your memories.

Send flowers to the Groetsch family.