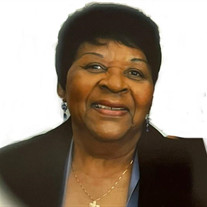 Battle, Juanita M. – 76, of West Cape May, passed away on October 7, 2021. Juanita, affectionately known as “Needie” by family and friends was born on February 2, 1945 in Philadelphia, Pa and in early childhood moved with her mother to Cape May, New Jersey. She was predeceased by her parents, Eleanor Anderson and Leslie Gray and her son, John J.A. Hazel, Jr. Juanita attended elementary school at Star of the Sea Catholic School and Lower Cape May Regional High School in Cape May, NJ. Juanita leaves to cherish her love and memories: her husband, Joseph Battle, Sr., her devoted sons, Karl L. Gray, Paul C. Hazel (Doris), Kerry H. Hazel, Joseph D. Battle, Jr. along with two dedicated daughters, Sherry R. Hazel and adopted daughter, Celita A. Battle. Especially close to her grandsons, Dominic, Julian and Maison, Juanita was blessed to be greatly adored by all 18 grandchildren, 17 great-grandchildren and host of cousins, friends and colleagues. She was proudly the founder of Cape May County’s Coalition Against Rape and Abuse (CARA). Juanita opened the first satellite office in Cape May Court House for women and men who experienced domestic violence or rape in 1980 under the guidance of Atlantic County Women’s Center and with the support of Cape May County Chapter of the National Organization of Women (NOW). She served domestic violence victims in Cape May County for over forty years, and even into her recent retirement, as a counselor, interventionist, court advocate, presenter and a family liaison. Juanita was honored for her career of advocacy by local, state and national organizations, including the Maria DiGiacomo Award, the Cape May County Board of Freeholders Recognition, the New Jersey Assembly Award and a 2004 Congressional Recognition Award. She was the Grand Marshal of the WCM Parade and a founding member of Cape Minority Advocates and Cape May’s Center for Community Arts. In addition, she was a lifelong member of Macedonia Baptist Church in Cape May, NJ. Although Juanita dedicated most of her life to providing support for domestic violence survivors, she was the happiest when surrounded by her beloved grandchildren and great-grandchildren, family and friends. She really was larger than life, always showing her greatest love at the “ much anticipated “annual family Christmas Breakfast where she reigned in her role as the matriarch of the Anderson/Battle family. Her life of character, dignity, love and compassion is a resonant message to her family, friends and the county that she served. Funeral services will be on Wednesday, October 20, 2021, 12:00 pm at Christ Gospel Church, 2209 Rte. 9 South, Whitesboro, New Jersey, where family and friends will be received from 10:00-11:45 am. For those who are unable to attend the ceremony physically, it will be offered via livestream. The livestream will be active and accessible at 11:50am by clicking this link https://www.hdezwebcast.com/show/juanita-battle Interment will be immediately following church services at Cold Spring Presbyterian Cemetery, Cape May, New Jersey. Funeral Arrangements have been entrusted to Spilker Funeral Home, Cape May New Jersey – online condolences can be left at www.spilkerfuneralhome.com.

The family of Juanita Battle created this Life Tributes page to make it easy to share your memories.