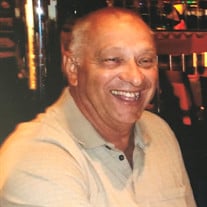 ZELINSKI JR., John J. – 73, of Cape May, NJ and formerly of Delaware Co., PA, passed away suddenly on Friday, May 24, 2019. John graduated from Canon McMillan High School in Canonsburg, PA, where he was a standout athlete and excelled in basketball and football. He honorably served in the United States Navy during the Vietnam Era. John was always a hard worker who had the gift of “know how” and was always quick to help anyone around him, whether it be at work or around his home and neighborhood. He worked as a machinist for Westinghouse in Lester, PA; thereafter he worked as an electrician for the U.S. Naval Shipyard, Phila., PA and his last employment was with IBEW 654, Chichester, PA, retiring in 2010. A man of faith, John was a member of Our Lady Star of the Sea Church, Cape May. He enjoyed being outdoors, fishing, hunting, playing shuffleboard and basically all sports. Also, he enjoyed spending time with his family. He was a member of the Villas Gun Club and was active within his Capewoods Neighborhood where he was a friend and helping hand to many and also served on their board of directors. He is predeceased by his father, John J. Zelinski, Sr. John is dearly missed and forever loved by his family which includes his wife of 50 years, Margaret “Peggy” (nee Wills); two children, John Zelinski, III (wife, Danielle) and Susan Campbell (husband, John); mother, Margaret Zelinski; sister, Marjorie (and Kenneth) Tilger; four grandchildren, John Campbell, Jr., John W. Zelinski, Zachary Campbell and Michael Zelinski. Mass of Christian Burial will be celebrated on Saturday (June 1st) at 11am in Our Lady Star of the Sea Church, 525 Washington St., Cape May where friends will be received from 10am until 11am. Entombment will follow in St. Mary’s Cem., Cape May. In lieu of flowers, memorial contributions are suggested to be made to a charity of your choosing. (Spilker Funeral Home, Cape May) info and condolences: spilkerfuneralhome.com

ZELINSKI JR., John J. &#8211; 73, of Cape May, NJ and formerly of Delaware Co., PA, passed away suddenly on Friday, May 24, 2019. John graduated from Canon McMillan High School in Canonsburg, PA, where he was a standout athlete and excelled... View Obituary & Service Information

The family of John J. Zelinski Jr. created this Life Tributes page to make it easy to share your memories.