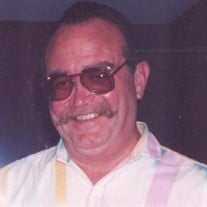 Memorial Service Thursday, October 5, 2017 Cape May Whale Watch and Research Center Utsch’s Marina 1121 Route 109, Cape May, NJ 08204 9:30am to 12:00 (Boat departs promptly at 10am) Light morning refreshments RSVP to Kathy 609 602 2134 or [email protected] Directions From Cape May: Exit Cape May on Washington St. heading North towards Garden State Parkway. After going over little bridge, continue straight (North) on Rt. 109. After passing Lobster House sign turn right at base of bridge at Utsch’s Marina sign. If you go over Rt. 109 Big Bridge when coming from Cape May, you went too far! FROM ALL POINTS NORTH Head to end of Garden State Parkway. Go past Exit 0. Follow signs for Route 109 S. Cape May. Go over Route 109 Big Bridge into Cape May. Make first right at base of bridge at Lucky Bones onto Third Ave. which turns into Wissahickon Ave. Follow signs for U-turn, Utsch’s Marina & Watersports. (You will drive under the Rt. 109 Big Bridge. When in doubt follow the signs for Utsch’s Marina. This is NOT the Cape May Whale Watcher than leaves from the Miss Chris Marina across the road from the South Jersey Marina Obituary: SIGERSON, John J. - 79, of Cape May passed away peacefully on Monday September 11, 2017. Survived by his loving wife of 43 years, Kathy; his sister Beth Rumsey, 3 children - Christopher (Nancy,) Deborah Christensen (Scott) and Gregory (Deborah), 7 grandchildren, and 3 great grandchildren. He was predeceased by parents Nora (Plunkett) and John Joseph Sigerson and his sister Claire Doyle. John was born in Manhattan and was proud to have George Carlin as a childhood pal. Living in the shadow of Columbia University, they would search through the trash and George named them “Lucky Finders.” John attended Corpus Christi School, a progressive parochial school for its time, a fact he liked to brag about. After graduation from LaSalle Military Academy in Oakdale NY, John received a degree from Villanova University. “Siggi” to friends and family worked almost his entire career in the automobile industry. John and Kathy met, when as manager at one of the few foreign car dealerships in the Philadelphia area in the 70’s, he saved her from the pushy car salesman. They married in 1974 and lived for 27 years in West Chester PA. John loved racket ball, reading, fishing, and the boathouse on Yacht Avenue where they spent much of their free time before moving to Cape May in 2003. Oh the good times we all had there. The pinnacle of John’s career was his association with Half-a-Car. He traveled across the US and Australia sharing the wisdom and dynamics of the newly popular car leasing programs with dealers. Interment is private and a Memorial Service will be held at a later date. If desired, donations may be made in John’s memory to: Raise the Boat, a Cape May group working to raise the sunken Nor’easter II boat from Cape May Harbor. Over the years John enjoyed numerous fishing excursions on the Nor’easter. Checks to Cape May Forum/FCMH P.O. Box 128, Cape May, NJ 08204 or 609-770- 7820 for cc or questions.

The family of John J. Sigerson created this Life Tributes page to make it easy to share your memories.