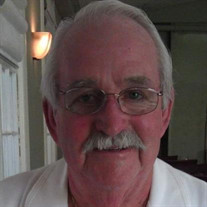 John B. Kennedy of Cape May, passed away on September 17, 2021. He had just celebrated his 85th birthday with his family. John grew up in Astoria, New York (Queens County), where he lived with his parents and older brother. As a young man, he entered the Plumbers Local 2 as a helper and quickly learned the trade that would carry him throughout his professional life. He was a proud union man who shared his profession with his sons John and Liam, his grandson John, and his granddaughter Caitlin. As a boy, John spent his summers at his parents’ house in the Villas. He worked a variety of summer jobs with his brother and cousins, one of which was guiding the pony rides for young children at Cresse’s in Wildwood. In October 1956 he went on a date with Katherine Klinga. They were married in July 1958 and recently celebrated 63 years of marriage. John and Kat as he liked to call her, had four children: Karen, John aka Jay, Kerri and Liam. Sadly, Kerri passed away in 2017. John was a loving grandparent to John (Madelyn), Jenny Anne (Carlos), Kristen (Carlos), Caitlin, Kerry, Meghan, and Heather. He adored his great grandchildren Violet, Eliza, CJ (Carlos Jacob), Mina and Owen. John was passionate about many things. He was a founding member of The Cape May Fire Police where he assisted first responders here in Cape May whenever necessary. He spent most mornings outside Wawa shooting the breeze and attempting to solve the world’s problems with his friends. But mostly, John loved the New York Rangers. He shared that love, frustration and disappointment with Karen and his grandson John. John suffered from essential tremor disorder which caused his hands to shake uncontrollably. Research through the International Essential Tremor organization can help find effective treatments for this difficult condition. If you are so inclined, the family would appreciate donations to the International Essential Tremor Foundation at www.essentialtremor.org The family will receive visitors on Thursday, 09/23/2021 from 6-8 pm at Spilker Funeral Home, 815 Washington Street, Cape May. A Mass of Christian Burial will be offered on Friday, 09/24/2021 at 1 pm at Our Lady Star of the Sea. Interment will be private and at a later date.

John B. Kennedy of Cape May, passed away on September 17, 2021. He had just celebrated his 85th birthday with his family. John grew up in Astoria, New York (Queens County), where he lived with his parents and older brother. As a young man,... View Obituary & Service Information

The family of John Kennedy created this Life Tributes page to make it easy to share your memories.