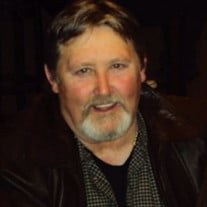 GEGAN Jr., John A. – 59, of Del Haven passed away suddenly on Monday morning, July 14, 2014. John was a lifelong resident of the Cape May area. He worked in the commercial fishing and seafood industry as a welder, fabricating commercial fishing vessels and industrial machinery. More recently, he worked as a boiler engineer for Bumble Bee Foods, Lower Township. Pop loved riding his Harley and talking with his neighbors or anyone that would listen. Pop enjoyed the quiet, yet most important, things in life such as spending time with his grandchildren, Allie and his name sake, John Andrew. Pop just simply loved life and took immense pride in all his work. Pop strived to instill his good morals and work ethic into his family on a daily basis, always having the ability to steer his family from wrong to right. He led his family through his good example. Pop will be long remembered for being a strong, loving, forgiving family man. There truly are no words to describe John and how amazing he is. Pop has the most contagious laugh and will always be known for his kind heart, beautiful smile, and the spark he had for life that could be seen in his bright blue eyes. Pop will never be forgotten. He is predeceased by his parents, John and Barbara Gegan. John will be dearly missed by his loving family which includes his wife of 28 years, Connie ; two daughters, Bobby Jo Rinier and Leigh Anne Gegan; two sisters, Suzanne Lockerman and Denise (and Chuck) Newton; one brother, Joseph (and Maria) Gegan; three grandchildren, Alexandra Verity, John Andrew Pennington and Shannon Henderson. John’s memorial service will be held on Wednesday (July 23rd) at 11:30am in the Spilker Funeral Home, 815 Washington St., Cape May where friends will be received from 10:30am – 11:30AM. Interment will be held privately and at a later date. In lieu of flowers, memorial contributions are suggested in John’s memory to: Brendan Borek High Tides Fund (supporting pediatric cancer), PO Box 41, Avalon, NJ 08202. Info and condolences: spilkerfuneralhome.com

GEGAN Jr., John A. &#8211; 59, of Del Haven passed away suddenly on Monday morning, July 14, 2014. John was a lifelong resident of the Cape May area. He worked in the commercial fishing and seafood industry as a welder, fabricating commercial... View Obituary & Service Information

The family of John A. Gegan created this Life Tributes page to make it easy to share your memories.

Send flowers to the Gegan family.