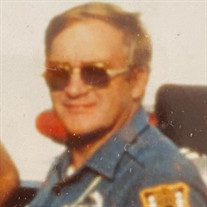 Buhner, John W. – 78, Cape May Police Sgt. – Retired, of Cape May passed away in the comfort of his home on February 3, 2022 after a brief illness. He graduated from East Stroudsburg University with a Bachelor’s Degree in Physical Education and also played on their football team, playing fullback. A man of honor, John served in the United States Navy during the Vietnam War. He was stationed in Antarctica for the IGY. Prior to his military service, he worked in Thule, Greenland for RCA on the DEW Line. With dedication, John proudly served on the Cape May Police Dept for 25 years where he retired as a sergeant in 1997. He was a member of the PBA, VFW and the American Legion. John is dearly missed and forever loved by his family which includes his wife of 53 years, Donna; son, Jon (and Mercedes) Buhner; two grandchildren, Jon Fred (and Amanda) Buhner and Mercita Buhner. Relatives and friends will be received on Monday (Feb 14th) from 10am until 11am for John’s viewing in the Spilker Funeral Home, 815 Washington St., Cape May. Following the viewing, John’s funeral ceremony will take place at 11:30am in the Episcopal Church of the Advent, 612 Franklin St., Cape May. Interment will be in Cold Spring Cemetery, Lower Twp. Casual and comfortable attire is strongly recommended and appreciated. In lieu of flowers, memorial contributions are suggested to: Philadelphia Art Museum, PO Box 7646 Phila., PA 19101-7646 or to St. John’s Hospice, 1221Race St., Phila., PA 19107. Info and condolences: spilkerfuneralhome.com

Buhner, John W. &#8211; 78, Cape May Police Sgt. &#8211; Retired, of Cape May passed away in the comfort of his home on February 3, 2022 after a brief illness. He graduated from East Stroudsburg University with a Bachelor&#8217;s Degree in Physical... View Obituary & Service Information

The family of John Buhner created this Life Tributes page to make it easy to share your memories.