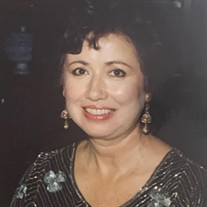 Joan Pineda Bjork was born in New Orleans, Louisiana on June 8th, 1929, and grew up in Nashville, Tennessee. Joan attended Peabody College, where she graduated in 1952 with a degree in English, and became a high school teacher. That same year, she met the love of her life, Richard Bjork, and they married within the year. She and Richard welcomed their daughters, Alison and Tracy, into the world in 1955 and 1957. Joan and Richard shared a relationship that was like no other. She once said, “When he walks into the room, I’m happy”. In all their years of marriage, they never once uttered a cross word to one another. Their daughters, Alison and Tracy, jokingly referred to their marriage as “Camelot”. In 1969, the family moved to the Atlantic City area, where Richard became the founding president of Stockton State College. Joan was the consummate first lady. She was known for her grace, elegance, charm and wit. She was an unparalleled hostess, who truly loved making everyone feel welcome and important. She had a wicked sense of humor, and delighted in creating and performing song parodies, which were a well-loved feature at gatherings of family and friends. Always creative, Joan was an award winning quilter, whose intricate quilts were featured in many publications. She later went on to teach quilting at the university level. She was an unassuming artist, who created beauty for the sake of doing so. You could always find her holding a needle, a quilting frame, a paintbrush, a sander or a jigsaw. She was never without a project, and took great joy in working with others. Joan had a compassionate and generous heart, always finding time for community service, and giving back. She was a member of The Charity League of Atlantic County for over 40 years, and served as a hostess for the Miss America Pageant throughout her days in South Jersey. Joan and Richard moved to Vermont in 1979, where Richard served as the Chancellor of Higher Education for the state. With children grown and gone, they enjoyed a well-deserved life of world travel, fine dining and recreation. While still known for her parties and entertaining, she savored life with her one true love. After the loss of her beloved husband in 1985, Joan returned to South Jersey, a place of happy memories and deep emotional ties. She ultimately settled in Cape May, where her hostess skills were once again in the forefront, when she and her daughter Alison, opened and ran a successful bed and breakfast, The White Dove Cottage. Over the next sixteen years, they worked side-by-side, welcoming and entertaining scores of guests. Joan had a knack for making everyone feel like family, and many lasting friendships were formed. Over these years, she logged many a frequent flier mile traveling to California, in order to spend time with her daughter, Tracy, son-in-law, Christopher, and two grandchildren, Taylor and Richard. She endeared herself to new friends on the West Coast, and embraced her bicoastal life with enthusiasm. In Joan’s later years, she and her daughter Alison, sold the inn, and relocated to Georgetown, Kentucky, in order to enjoy a more quietly paced life. Joan developed deep, loving friendships with two incredible women, Maxine Harris, her devoted caregiver, fondly referred to as her “other daughter”, and “our sister from another mister”, and Shannon Stricklin, her yoga instructor and “ray of sunshine”. Countless hours were spent with these two incredible women, enjoying classic movies, and listening to her favorites, Frank Sinatra and Bing Crosby. “Miss Joan”, as they affectionately called her, of course, knew every line and word. Joan peacefully passed away on September 21, 2020, at home, with her daughters by her side. Joan is survived by her two daughters, Alison Bjork and Tracy Thompson, and her grandchildren Taylor Thompson and Richard Thompson. Joan’s service will be private. In lieu of flowers, donations can be made to The Bjork Scholarship Fund of Stockton University. Online donations can be made at www.stockton.edu/give Please select “Other” as the gift designation, and type “Bjork” in the box asking where the gift is to be directed. Checks can be mailed to: Stockton University Foundation, 101 Vera King Farris Drive, Galloway, NJ 08205. Please indicate on memo line of the check: Bjork Scholarship Fund.

Joan Pineda Bjork was born in New Orleans, Louisiana on June 8th, 1929, and grew up in Nashville, Tennessee. Joan attended Peabody College, where she graduated in 1952 with a degree in English, and became a high school teacher. That same year,... View Obituary & Service Information

The family of Joan Pineda Bjork created this Life Tributes page to make it easy to share your memories.