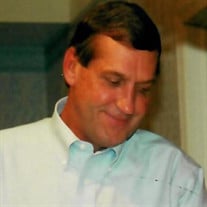 James “Jim” Fallon, 73, of North Cape May, New Jersey, died October 22, 2020 while receiving hospice care at the Veterans Memorial Home in Vineland, NJ. Jim was born February 22, 1947 in Mahanoy City, Pennsylvania, son of the late James and Anna Fallon and one of six children. Jim graduated from the Mahanoy area high school in 1964 where he played basketball. He was an avid sports fan and especially enjoyed watching baseball and football. After moving to Cape May County, Jim took up the sport of tennis which he played regularly at the courts in Cape May. After high school, Jim moved to Wildwood and worked at the Wildwood Diner. He also worked as a mason, helping to build motels in North Wildwood. Jim then entered the United States Army and served a tour in Vietnam. After his active service, he returned to Wildwood and began his career as a cook and chef. He was a chef at Neil’s Steak House in Wildwood and Two-mile Restaurant in Wildwood Crest. When asked which culinary school he had attended, he would glibly reply, “the Wildwood Diner.” Jim’s persistent scrutiny of fluctuating food prices made him a very savvy buyer for the restaurant. Jim felt most at home in the outdoors where he cultivated his love of fishing and hunting. He especially enjoyed deer hunting in the mountains of Schuylkill County where he was a member of the Buckfeather Rod and Gun Club. When it was not hunting season, you could find him taking long walks on his mountain. Jim’s favorite fishing spot was in Florida at Georgia Boys Fish Camp where he caught bass in his bass tracker boat. He came close to realizing his fishing goal of catching a 5-pound bass when he landed one weighing 4 ¾ pounds. Jim will be remembered for his generosity, and good-natured, dry sense of humor. If you were Jim’s friend, he most likely had a special nickname for you. He had many talents including commercial kitchen design, cooking expertise, and discerning investment skills. He loved and took great pleasure in his pets. Recall Jim wearing blue jeans, a baseball cap, and toting a cigar while listening to country music. He would most like to be remembered as a “good ole country boy.” Jim is dearly missed and forever loved by his family which includes his loving wife, Joyce; siblings Kathleen Haughney, Thomas Fallon, and Richard Fallon; nieces and nephews. For those who wish, memorial contributions are suggested to the Alzheimer’s Foundation of America through Jim’s memorial page at www.inmemof.org/jim-fallon for convenience and acknowledgment purposes.

The family of Jim Fallon created this Life Tributes page to make it easy to share your memories.