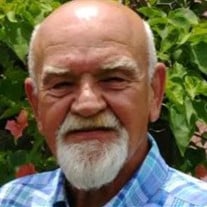 KREFSKI, Jerome C. “Jerry” – 80, of North Cape May and formerly of Piscataway, passed away peacefully on March 29, 2022, after a lengthy and courageous battle with pancreatic cancer. Jerry graduated from Manville High School in 1959 and earned a Bachelor’s of Science in chemistry from King’s College, Wilkes-Barre, PA, in 1963. Jerry worked as a quality control manager at Johns Manville and later at Okonite Wire and Cable Company. Following his work in manufacturing, Jerry became a teacher at Elizabeth High School, first as a machinery vo-tech teacher and later as a chemistry teacher. Jerry was very active in many groups and organizations, especially in his church, Our Lady Star of the Sea in Cape May and Our Lady of Fatima in Piscataway. He loved helping people and was a part of Pre-Cana, Knights of Columbus, and Good Samaritans. Jerry enjoyed reading, amateur radio, traveling, fishing, boating, playing cards, gardening, biking, and spending time with his family and friends. Jerry was an extremely smart and creative handyman who could fix anything from a transistor radio to a car engine and everything in between. He was always helping his children and grandchildren with all their projects. Along with his parents, he is also predeceased by his sister, Phyllis Warakomski. Jerry is dearly missed and forever loved by his family which includes his wife of 54 years, Regina “Jean”; three children, Christopher (and Lara) Krefski, Jennifer (and John) Saquella, and Jeanne (and Rob) Woerner; six grandchildren, Ashleigh, Julianna “Jules,” Kaitlynn, Josephine “Josie,” Genevieve “Gena,” and Daniel. Mass of Christian Burial will be celebrated on Monday (April 4th) at 1:30pm at Our Lady Star of the Sea Church, 525 Washington St., Cape May, where there will be a viewing from 12:30pm until 1:20pm. Interment will follow Mass in St. Mary’s Cemetery, Cape May. In lieu of flowers, memorial contributions are suggested to: Lustgarten Foundation for Pancreatic Cancer Research or Cape Hope. For convenience and acknowledgment purposes, please click on this link if you are choosing to make a memorial donation https://inmemof.org/jerry-krefski

KREFSKI, Jerome C. &#8220;Jerry&#8221; &#8211; 80, of North Cape May and formerly of Piscataway, passed away peacefully on March 29, 2022, after a lengthy and courageous battle with pancreatic cancer. Jerry graduated from Manville High School... View Obituary & Service Information

The family of Jerry Krefski created this Life Tributes page to make it easy to share your memories.