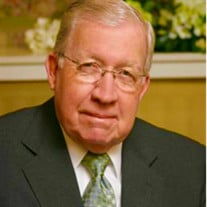 INDERWIES, Jerome E. “Jerry” – 83, Former Mayor of the City of Cape May (2001 – 2008), passed away on Thursday evening, October 18, 2018. Jerry was born on December 5, 1934 to Lawrence Sr. and Margaret (nee Gothie) Inderwies of Irvington NJ. He was raised in Irvington where attended St. Leo’s Parochial School, Irvington High School, and post-graduate courses at Irvington Vo-Tech before relocating with his parents and brother Larry Jr. to Union. From 1957-1961 Jerry was employed as a Draftsman for Federal Electric and was a part of the design team for the Ballistic Missile Early Warning System. He was also a member of the Army National Guard from 1958 to 1963 and received an Honorable Discharge. After leaving Federal Electric Jerry began a career in sales and was also the Owner/Operator of Shell Service Centers in Union, NJ. In 1956 Jerry joined the Union Volunteer Fire Department and remained a member until relocating with his family to Cape May in 1967. Jerry joined the Cape May Volunteer Fire Company in 1967, (he was recently honored for 30 years of service to the Fire Department). In 1981 he was hired by the City of Cape May Publics Works Department where he successfully worked his way up to Superintendent and remained in that position until retirement in 1998. During his time as Public Works Superintendent he had many accomplishments. Jerry’s accomplishments included the inception of the Benton Avenue Storm Water Pumping Station; development of the Madison Ave. Park; OEM Coordinator and Clean City Coordinator. He also served on the City of Cape May Planning Board. From 1972 through 1976, Jerry served on Cape May City Council and was fortunate to serve for one term along-side Former Cape May Mayor Bruce Minnix. This was the first Administration to govern after The City of Cape May received the designation of a National Historic Landmark. In May 2000, Jerry was elected to serve on City Council and served as Mayor from 2001 until 2008. While Jerry served as Mayor he spearheaded the reconstruction of the Washington Street Mall. He was a member of Our Lady Star of the Sea RC Church, Cape May where he has served as a Lecturer, Eucharistic Minister, Usher, and was a 3rd Degree Member, Past President and Life Member of the Knights of Columbus, St. Mary’s Council. Jerry is also a Life Member of the NJ State Fireman’s Relief Association and former Vice President and Secretary for the City of Cape May Volunteer Fire Department. He is a Past President of the Greater Cape May Chamber of Commerce; former member of the Cape May Kiwanis Club; member of the American Legion Harry Snyder Post 193 and member of The Village Green Homeowners Association. While always being a gentleman, Jerry enjoyed many of the simple things in life; maintaining his yard; keeping his car in immaculate condition; vacations in Marco Island, FL but most of all just being with his family, whatever the occasion. He was always a devoted and proud family man to his wife, children and grandchildren. He is predeceased by his brother Lawrence J., Jr. (2013). Jerry is dearly missed and forever loved by his family which includes his wife of 60 years, Lydia (nee Taylor); three children, Suzanne Taylor, Jennifer Fritsch and Jerry (and Bridget) Inderwies; 10 grandchildren and 10 great grandchildren. Relatives and friends are invited to Jerry’s viewing on Wednesday evening from 6pm to 8pm in the Spilker Funeral Home, Cape May. An additional viewing will be offered on Thursday morning in Our Lady Star of the Sea Church, Cape May from 8:15am until 9:15am with Jerry’s Mass of Christian Burial to follow and begin at 9:30am. Interment will follow Mass in St. Mary’s Cemetery, Cape May. In lieu of flowers, memorial contributions are suggested to benefit the Andy Boyt Memorial Fund, 1030 Ohio Ave., Cape May, NJ 08204. Info and condolences: spilkerfuneralhome.com

The family of Jerry Inderwies created this Life Tributes page to make it easy to share your memories.

Send flowers to the Inderwies family.