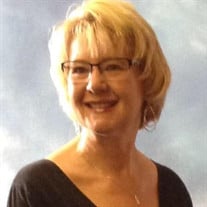 REA-KEYWOOD, JEANNETTE “MISSY” – 56, of Cape May, passed away at her home on December 13, 2021. She grew up on a lima bean farm in West Cape May with her parents Les and Diane Rea. Missy was an older sister of Carol Rea Flynn and younger sister of the late Charles Albert Rea. She was so proud of her beautiful daughter, Kiersten who is a sophomore at Rutgers, her nephew Tyler who is now serving in the U.S. Navy, and her niece Kaitlyn currently a freshman at LCMR. She lovingly welcomed and supported her sister's extended family Kelly Keppel and his two kids Katie a freshman pursuing nursing and Sam a sophomore in HS. She was a caring mom and a super supportive aunt. To her old friends and family, she was known as "Missy," a nickname given to her by her grandmother. Professionally she was known as Jeannette. During her early years she attended West Cape May Elementary and then became a proud LCMR Caper Tiger, graduating in 1983. She studied Education at Cook College, Rutgers University and received a Master’s in Ag & Extension Education at Ohio State University. (College football was the only sport she ever watched. Go Buckeyes! Go Scarlet Knights!) As a young girl, she was involved in every possible aspect of 4-H from raising livestock, to sewing, to baking, to dog training, to arts 'n' crafts, to public speaking, to citizenship. Those childhood activities turned into a lifelong dream. She had such a passion for youth education and enrichment, she lived and breathed 4-H. Her heart was a four-leaf clover. Jeannette was a faculty member of Rutgers Cooperative Extension in the department of 4-H Youth Development for more than 30 years at both the county (22 years) and state (9 years) levels. She was a highly valued faculty member and made numerous contributions on the state, regional, and national level. She was an active member of the National Association of Extension 4-H Youth Development Professionals and Epsilon Sigma Phi. She held numerous offices at the state and national levels in both professional organizations and chaired the National ESP conference in 2016 when it was hosted in New Jersey. Jeannette received numerous awards for her outstanding work in youth development including multiple service awards. Most recently she was a recipient of the Rutgers School of Environmental & Biological Sciences Team Excellence Award. Who was Jeannette "Missy"? She was a daughter, sister, mom, friend, colleague, and educator. She was a driven, flip flop wearing, task-oriented individual who always put the kids first. She was admired and loved. She will be forever in our hearts. Missy’s viewing will take place on Monday (Dec. 20th) from 10am – 11am in the Spilker Funeral Home, 815 Washington St., Cape May with her funeral ceremony to follow and begin at 11am. Interment will be private. For those who cannot attend physically, Missy's ceremony will be livestreamed. The livestream will be accessible at 10:50am on Monday morning. Simply click on this link to view the livestream https://www.hdezwebcast.com/show/missy-rea-keywood In lieu of flowers, memorial contributions are suggested to: • Juvenile Diabetes Research Foundation JDRF www.jdrf.org • 4-H program of your choice - CM county, NJ state, or National o Cape May County 4-H Foundation - https://cmc4h.com o 4-H Gift Fund created by Rutgers Foundation supporting Jeannette's major programs - https://give.rutgers.edu/4Hgiftfund

Livestream will be accessible at 10:50am on Monday. Simply click on this link https://www.hdezwebcast.com/show/missy-rea-keywood