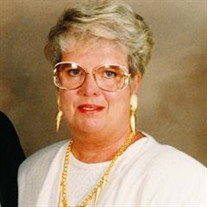 HOFFMAN (nee Garrison), Jean – 81, of Cape May Point, passed away peacefully with her family at her side on Wednesday, May 16, 2018. Born at Margaret Mace Maternity Ward in North Wildwood, Jean has been a lifelong resident of the Cape May area and attended Middle Twp. Elementary School, St. Ann’s Elementary School and Wildwood Catholic High School. As years passed, Jean always maintained a strong devotion to the Blessed Mother and her Catholic faith. Jean had an appreciation for music and volunteered her time and talent playing the organ for several Catholic Churches including Our Lady Star of the Sea as well as the U.S. Coast Guard Chapel. She also sang with Cape May’s “Victorian Chorus” in the 1970s and several other choirs. Jean worked as tax collector/treasurer for Cape May Point Borough; later worked in the tax office for Lower Township and thereafter worked as the Assistant Cape May County Adjuster, retiring in 1995. She held the position of president for the Cape May Co. Soroptimist Club (1993-1994) and was a member of the Chapel of the Four Chaplins for her work in fundraising for relief in Bosnia, Herzegovina and Croatia (former Yugoslavia). Jean enjoyed many things in life, including music, the theater, traveling and dancing with her husband, Skip, and entertaining family and friends. Jean was particularly devoted to her faith, making two pilgrimages to Medjugorje in southern Yugoslavia and belonged to a number of prayer groups, including the Medjugorje Messengers of Peace. Along with her parents, Edward and Anna Garrison she is predeceased by her grandson, Bolton “Bo” Hoffman. Jean is dearly missed by her loving family which includes her husband of 63 years, Vernon “Skip” Hoffman, Sr.; three sons, Vernon “Skip,” Jr. (Meredith), Edward (Ann Marie) and John (Beth) Hoffman; sister, Barbara Little and three grandchildren, Ashley (Travis), Rebecca (Ray) and Christopher. Mass of Christian Burial will be celebrated on Wednesday (May 23rd) at 1:30pm in Our Lady Star of the Sea Church, 525 Washington St., Cape May where friends will be received from 12:15pm until 1:30pm. Interment will follow in St. Mary’s Cemetery, Cape May. In lieu of flowers, memorial contributions are appreciated and can be made through “In Memory Of” online at: www.inmemoryof-memorial.org/jean-hoffman to benefit The Bishop of Camden’s House of Charity or Wounded Warrior Project and if you prefer regular mail, mail to “In Memory Of,” PO Box 5472, Charlottesville, VA 22905. (Spilker Funeral Home, Cape May) info and condolences: spilkerfuneralhome.com

HOFFMAN (nee Garrison), Jean &#8211; 81, of Cape May Point, passed away peacefully with her family at her side on Wednesday, May 16, 2018. Born at Margaret Mace Maternity Ward in North Wildwood, Jean has been a lifelong resident of the Cape... View Obituary & Service Information

The family of Jean L. Hoffman created this Life Tributes page to make it easy to share your memories.