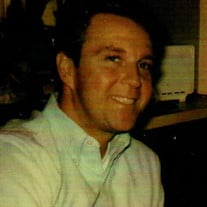 James M. Monaghan, Sr. - 78, passed away peacefully on April 30th, with family by his side. Born in 1940 of William and Marguerite Monaghan at Hattie Long’s Maternity, in Wildwood NJ. He managed the family business that was started by his grandfather in 1920, on 26th St. in Wildwood. While driving southbound on Central Avenue, it was hard to miss Monaghan Garage. He later moved the business to Rio Grande, and eventually expanded to Vineland and Willingboro. He was old school, you could take his handshake and word to the bank. He is predeceased by his first wife, Barbara, mother of his four children. Unfortunately, cancer took Barbara and then later, his oldest son, James Jr., far too young. He was lucky enough to find Ruby, his second wife, and they enjoyed traveling and living in different places together. They both said, “we did a whole lot more together than we would have ever done alone!” He shared his passion of hunting and fishing with his children and anyone that wanted to come along. We are not sure whether his skill at catching flounder or reaping the bounty of his large garden brought him more joy. He also loved to cook. He could fry the best New York Strip, make great pasta and gravy, or fantastic vegetables from his garden. He is survived by his wife Ruby, daughter Maureen Gavin (Mike), daughter Jeanne (Brian Moynihan), son Edward (Judy Testa), stepson Jason Phillips (Joyce), bother John Monaghan, sister Barbara Lacey, 8 grandchildren, and 1 great grandchild. A visitation will be held Tuesday, May 7th, at Spilker Funeral Home, 815 Washington St., Cape May, from 9:30 am - 11 am, with prayer service to follow. Burial will take place at St. Mary’s Cemetery, Cape May. In lieu of flowers, memorial contributions are suggested to: St. John Neumann Military Outreach, 680 Town Bank Rd., N. Cape May, NJ 08204. Info and condolences: spilkerfuneralhome.com

James M. Monaghan, Sr. - 78, passed away peacefully on April 30th, with family by his side. Born in 1940 of William and Marguerite Monaghan at Hattie Long&#8217;s Maternity, in Wildwood NJ. He managed the family business that was started by... View Obituary & Service Information

The family of James M. Monaghan Sr. created this Life Tributes page to make it easy to share your memories.