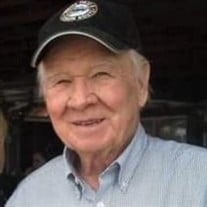 John “Jack” Yanosov Age 89 of Cape May Point passed away at home on January 19, 2022. Jack grew up in Philadelphia. He was a proud graduate of Roman Catholic High School (Class of ’50) and loved attending the annual Day at The Bay reunions in Wildwood well into his 80’s. Jack was a veteran of the Korean War, during which his talent and technical abilities allowed him to remain stateside and work as a Counter Measures Technician at White Sands Proving Ground in New Mexico. The GI Bill provided the funds for Jack to earn a degree in Electrical Engineering from Drexel University while employed full time at RCA. Jack spent his entire professional career at RCA in Camden, beginning as a technician on the assembly line. His intelligence and work ethic were quickly recognized by his managers who mentored him as he rose to the position of Lead Engineer. While working as the Lead Engineer at RCA, Jack designed and developed the transmitter that allowed the world to hear Neil Armstrong say “That’s one small step for man, one giant leap for mankind.” The transmitter also laid the technical groundwork for many electronic devices in use today. The significance of that accomplishment was recognized throughout Jack’s life. On July 20, 2004 Congressman Frank LoBiondo stood on the floor of the House of Representatives and formally congratulated and thanked Jack for his contribution and the success of his design. In July 2019 the successor to RCA, L3Harris held a ceremony and presented Jack with an award “In Grateful Appreciation of Your Outstanding Contribution to the Apollo Program.” The ceremony was attended by many young engineers who were inspired by what Jack had achieved 50 years earlier. In its Winter 2019 Edition the Roman Catholic Alumni Magazine, “The Empire” recognized Jack “as one of Roman’s most distinguished alums. In an engineering career that has spanned decades, Jack established a reputation for creativity, ingenuity, and vision.” During retirement Jack and Sandy spent winters in Melbourne Beach, Florida where he enjoyed countless hours surf fishing. While in Florida they also adopted greyhounds from the racetrack. He will be greatly missed by their most recent rescue, Ginger. Jack was a parishioner at Star of the Sea in Cape May. The family would like to thank Bayada Hospice, especially Deb and Brittany for their care and compassion. Jack is predeceased by his son Stephen. He is survived by his wife of 63 years, Sandy, his daughters Andrea Hemschoot (Fred Valloreo), and Colette Yanosov and his son Michael (Mayumi). He is survived by four grandchildren, Kristen and Mark Hemschoot and Stephanie and Natalie Yanosov. The family will hold a private burial.

The family of Jack Yanosov created this Life Tributes page to make it easy to share your memories.