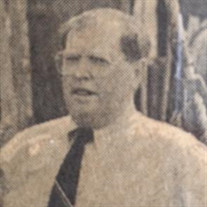 SPARKS, Jack – 77, of North Cape May passed away peacefully on Friday evening, September 25, 2015 after courageously fighting multiple cancers for the past 16 years. Born in Elmer, NJ, Jack was a resident of Lower Township for the past 48 years where he served on the Township Committee and was elected Mayor from 1973 to 1976. He attended the Wildwood School System from 1943 to 1954 and was a proud graduate of the Valley Forge Military Academy, Class of 1956. Jack attended the University of Miami and began his Apprenticeship as a Delaware River Pilot in 1957. Jack was a member of the Pilots’ Association for the Bay and River Delaware from 1961 to 1992 where he was the Association’s Director from 1981 to 1983 and President from 1983 to 1989. Jack also served as the National Vice President of the American Pilots’ Association from 1984 to 1992 and as the National President of the Association from 1992 to 2000. Jack was Commissioner of the Delaware River and Bay Authority from 1982 to 1992 and was elected Chairman of the Authority from 1988 to 1992. Jack also served as Commissioner of the Philadelphia Port Corporation from 1985 to 1992 and Vice Chairman from 1987 to 1992. He was Past President of the Ports of Philadelphia Maritime Society and a member of the Mariner’s Advisory Council from 1985 to 2000. Jack was also a member of the US delegation to the International Maritime Organization, a special agency of the United Nations. Jack was a member of St. John Neumann Parish, North Cape May and recently celebrated his 55th anniversary as a member of the Cape Island Masonic Lodge #30 F & AM. Jack will be remembered as a loving husband, father, grandfather and friend. He was passionate about his faith, family, community and politics. He had a ready smile and was always interested in what others had to say. His ability to make others feel important was a quality that made Jack stand out as a leader and friend. He is predeceased by his parents, Arthur and Laura (Estilow) Sparks and his brother, Robert Sparks. Jack is dearly missed by his loving family including his wife of 53 years, Pati Sparks (nee Catanoso); three children, Art Sparks, Kelly Sparks-Stauffer (Sandy) and Christy Czworkowski (Charles); nine grandchildren, Alexandra, Anthony, Steven, Casimir, Caskia, Morgan, Cezanne, Czarek and Chirico; as well as many nieces and nephews. Mass of Christian Burial will be celebrated on Thursday (Oct. 1st) at 12 noon in St. John of God RC Church (Parish of St. John Neumann), 680 Town Bank Rd., N. Cape May where there will be a viewing from 10am – 12pm. Interment will follow in the Cold Spring Cemetery, Lower Twp. In lieu of flowers, memorial contributions are suggested to the Brendan Borek High Tides Fund (supporting and aiding families affected by pediatric cancer), PO Box 41, Avalon, NJ 08202-0041. (Spilker Funeral Home, Cape May) info and condolences: spilkerfuneralhome.com - Although this website offers many options to send flowers, please observe the request of the family to make a contribution instead to the Brendan Borek High Tides Fund (supporting and aiding families affected by pediatric cancer), PO Box 41, Avalon, NJ 08202-0041.

SPARKS, Jack &#8211; 77, of North Cape May passed away peacefully on Friday evening, September 25, 2015 after courageously fighting multiple cancers for the past 16 years. Born in Elmer, NJ, Jack was a resident of Lower Township for the past... View Obituary & Service Information

The family of Jack Sparks created this Life Tributes page to make it easy to share your memories.

SPARKS, Jack – 77, of North Cape May passed away peacefully on...

Send flowers to the Sparks family.