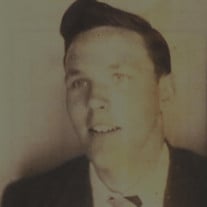 CURRAN, John R. “Jack” – 88, of West Cape May, formerly of S. Philadelphia and the Mayfair Sect. of Philadelphia passed away on Saturday, November 18, 2017. Along with his wife, Marge, Jack has been a resident of West Cape May since 1994. Prior to his retirement in 1990, he worked for the US Postal Service for 30 years as a mail carrier. He was devoted to his Catholic faith and was a member of Our Lady Star of the Sea Church, Cape May (“Love the Host”). Jack Curran lived his life by example. Happiness was found in simple things- holding hands with his wife, helping the person struggling, having ice cream with kids, and appreciating nature as a gift from God. His love of animals was only surpassed by his love of family and friends. Jack, also known as “Tip” or “Corky” was the proud son of the late John and Regina Curran. He is also predeceased by his sister, Anna McErlane; brother, James Curran and granddaughter, Regina Schickling. Jack is dearly missed by his loving family which includes his wife of 59 years, Margaret “Marge” (nee Jagger); ten children, Mary (and John) Kinney, Therese Curran (and John Nigrey), Margie (and Joe) Pale, John Curran, Regina (and Phil) McLaughlin, Joseph (and Colleen) Curran, Christine Curran, Patrick (and Neda) Curran, Michael (and Pam) Curran and Jerry Curran; 25 grandchildren; 6 great grandchildren as well as many nieces, nephews and cousins. Mass of Christian Burial will be celebrated on Tuesday (Nov. 21st) at 1:45pm in Our Lady Star of the Sea Church, 525 Washington St., Cape May where there will be a viewing from 12:30pm to 1:30pm. Interment will follow in St. Mary’s Cemetery, Cape May. In lieu of flowers, Mass Cards are suggested or a donation to your favorite charity.

The family of Jack Curran created this Life Tributes page to make it easy to share your memories.