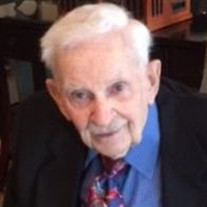 Black, Ivor Charles - 92, of Cape May, died on July 14, 2016 at Crest Haven Nursing and Rehabilitation Center following complications of a stroke. At the start of his autobiography “My Wonderful Life” he wrote: “I was born on May fourteenth (1924), so that makes me a Taurean. I was born at twenty-seven MacNaughton Road, Bitterne Park, Southampton, England.” Ivor sailed the seas starting at age 14, working his way up from galley boy to cook. During a voyage on the ship Corona he was asked to explain to Prince Phillip of England how Lobster Newburgh was made. His favorite ship was the Queen Mary. He proudly served in the Merchant Navy during World War II and made it his life’s work to have the Merchant Navy acknowledged as a branch of the English Navy. As of yet, more work needs to be done. In 1964 Ivor immigrated to the United States with his wife Lillian, who predeceased him in 2003. They settled in Valeria Home, in Peekskill, NY, where Ivor was the head chef. Subsequently they lived in New Bern, SC, and Cape May, NJ. Prior to his retirement as the banquet chef at the Grand Hotel in Cape May he was in charge of the dinner given in honor of Commander Oliver North for 1500 guests. A man of great integrity and strong moral fiber he was a wonderful storyteller; he loved people and helping others. Living at Brookdale Assisted Living, towards the end of his life, he continued to make friends wherever he went. Surviving Ivor are distant family members of his two older brothers, who predeceased him, in England, his godson Christian and goddaughter Karin, their mother Kathy, and many friends among them Rick and family, Bill, and Harry. A celebration of his life will be held, as we will gather at Spilker Funeral Home on Monday, August 29, 2016 from 11am to 12pm with a memorial ceremony and time of sharing beginning at 12pm, followed at 1:30pm by a Tea at Brookdale Assisted Living at 591 Route 9 South, Cape May Court House, NJ. Contribution to a charity of your choice may be made in memory of Ivor. Please observe the request to send a memorial contribution to your favorite charity in memory of Ivor instead of sending a flower.

Black, Ivor Charles - 92, of Cape May, died on July 14, 2016 at Crest Haven Nursing and Rehabilitation Center following complications of a stroke. At the start of his autobiography &#8220;My Wonderful Life&#8221; he wrote: &#8220;I was born... View Obituary & Service Information

The family of Ivor C. Black created this Life Tributes page to make it easy to share your memories.

Send flowers to the Black family.