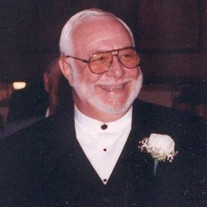 HARVEY, Robert C. “Howdy” – 77, of Rio Grande passed away peacefully on Friday, October 16, 2015. Born in Philadelphia to the late Eleanor and Robert Harvey, his family moved to Wildwood in 1950 and Howdy, his nickname given in grade school, later graduated from Wildwood High School in 1957 where he played on their football, basketball and track teams. He was a member of the NJ National Guard for four years and graduated from the first Army NCO Academy. He was later activated to active duty in January 1962 for eight months. He joined the Wildwood Fire Dept. in 1959 and was a member of the Holly Beach Fire Co. #1 where he was still active serving as Secretary and a Fire Police Officer. Over his career with the fire department he held various positions including, Lieutenant and Chief’s Aid. In 1984 Howdy was elected as an Executive Committeeman to the New Jersey State Fireman’s Assoc., representing both career and volunteer firefighters of Cape May County, serving until 2014. He worked as a general sales manager for the Burke Motor Group from 1960 until his retirement in 2007. An avid skier, he enjoyed downhill skiing at Pico Mountain for many years and served as president of the Village Square, Pico Condo Association in Killington, VT for 11 years. While in Vermont, he enjoyed working in the springtime with his friends who owned a maple syrup business. Howdy enjoyed many things in life, more specifically, hunting, crabbing, fishing, gardening and preparing and providing meals for his family and friends. Howdy thoroughly enjoyed the Christmas Season and was happy to be “Santa” for many years for both the Wildwood Fire Company and the Wildwood Golf and Country Club. He was a dedicated Philadelphia Phillies and Eagles fan. Howdy will be long remembered and forever loved for his old school and traditional values but above all things he is remembered as a devoted father, grandpop and loyal friend. Howdy is dearly missed by his loving family which includes his two children, Pamela (and Dennis) Cluff and Robert H. Harvey; two grandchildren, Dennis and Delaney Cluff and many special friends that he considered family. He is predeceased by his former wife, Patricia; stepson, David and stepdaughter, Patty. Relatives and friends will be received on Thursday (Oct. 22nd) from 9:30am to 11:30am in the Wildwood Convention Center, 4501 Boardwalk, Wildwood where his memorial service will begin at 11:30am. Following his memorial service a procession will travel to the Holly Beach Volunteer Fire Co. #1 where he will receive his Last Call. Interment will be private and at a later date. In lieu of flowers, memorial contributions are suggested to: Holly Beach Fire Co. #1, 4310 Washington Ave., Wildwood, NJ 08260. (Spilker Funeral Home, Cape May) info and condolences: spilkerfuneralhome.com - Although this website offers many options to send flowers, please observe the family's request to offer a memorial contribution to the Holly Beach Fire Co #1 (address above).

The family of Howdy Harvey created this Life Tributes page to make it easy to share your memories.

Send flowers to the Harvey family.