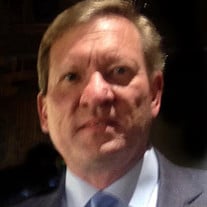 Gerrit Schulze, 55, died on June 30, 2019. He was an avid boater and longtime member of the Corinthian Yacht Club of Cape May. Gerrit was born in Hannover Germany and moved to the United States at the age of three. He grew up in New Orleans, where he first got involved in sailing with his family aboard their Catalina 22, Rotkappchen. After graduating from the University of New Orleans with a Bachelor of Science in Naval Architecture, he came to New Jersey to work for the leading naval engineering firm JJH, Inc. He spent four years in Washington DC and earned a Masters Degree in Engineering from Villanova University before joining Lockheed Martin in 1998 as a Lead Engineer. At Lockheed, Gerrit contributed to the design and construction of next generation navy ships such as the Freedom-Varient Littoral Combat Ship (LCS). He retired from Lockheed Martin in 2014. As a youth, Gerrit competed in sailboat races wherever and whenever possible. He actively raced in Sunfish, Catalina 22, Lightning, Flying Scot, and J24 regattas, winning several regional championships. A highlight of Gerrit’s youth sailing was when, at 16 years old, he qualified to participate in the Sunfish World Championship in Sardinia, Italy. His family got the J24 Cinderella in 1979 and the boat followed him to New Jersey where he competed in numerous regattas in both New Jersey and Annapolis. In 2002, he purchased a J105, which he named Max Power after a Simpsons character. Max Power took Gerrit and his crew of friends and family to regattas in Annapolis, Charleston, Key West, and Toronto. Max continues to race out of its home port of Cape May throughout the New Jersey summer. In 2017, Gerrit added a J70 named Mini Max to his collection of boats, and recently competed in the Charleston Race Week. He also co-owned a Hydra Sport 26 named Higher Power which provided a lot of pleasure to Gerrit and his friends and family. Gerrit was a warm, loving, passionate person with an infectious sense of humor. In addition to sailing, he loved traveling, and, as much as possible, he incorporated sailing/boating into his vacations. Recent vacations took Gerrit and his wife Patti to Europe, Central America and the Caribbean. Gerrit is dearly missed and forever loved by his family which includes his wife of 28 years, Patricia Santelle; his parents, Jutta and Albrecht Schulze; his brother, Stefan Schulze (wife, Jill) and a lot of friends and family who loved him and will hold him forever in their hearts. A celebration ceremony of Gerrit's life in the form of sharing thoughts, memories and love from family and friends will take place on Sunday, August 25, 2019 at 11am at the Corinthian Yacht Club, 1819 Delaware Ave., Cape May, where a reception will follow and guests will be received by his family. Please dress comfortably and casually. Gifts in Gerrit’s memory may be made to the C. Wallace Stuard Sailing Foundation c/o Corinthian Yacht Club of Cape May, P.O. Box 260, Cape May, NJ 08204.

Gerrit Schulze, 55, died on June 30, 2019. He was an avid boater and longtime member of the Corinthian Yacht Club of Cape May. Gerrit was born in Hannover Germany and moved to the United States at the age of three. He grew up in New Orleans,... View Obituary & Service Information

The family of Gerrit Schulze created this Life Tributes page to make it easy to share your memories.