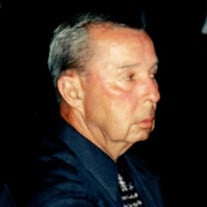 Frederick Raymond Conner Sr., a long-time resident of West Cape May, New Jersey passed peacefully surrounded by his family on August 30, 2021 at the age of 85. He was born on October 28, 1935 in Philadelphia to the late Doris Blaser. Fred was raised by his grandmother Mary “Granmom” Blaser in the Germantown section of Philadelphia. His love for baseball, the beach, and spaghetti began at a very young age. He attended Dobbins Technical High School where he excelled at mechanical drafting, engineering, and baseball. While in high school, he began his military service in the United States Naval Reserve at Willow Grove Air Station. Upon graduation, he enlisted in the United States Air Force and deployed to Europe where he served as an air policeman. He was also a member of the Air Force’s baseball team and was known for his hustle at shortstop and always finding a way to get on base. After his active duty-service, he returned home and earned an Associate’s Degree in mechanical design from Penn State. His career spanned 30+ years and consisted of noteworthy projects including work on U.S. Navy warships, nuclear reactors, and desalination plants. Upon retirement to Cape May, Fred began a second career at the Delaware River Bay Authority where he wore many hats during his 20 years there. Fred met and married the love of his life, Barbara (nee Kuliszwski) in 1961 and they enjoyed 59-years together. He is survived by his wife, Barbara, his children Frederick Jr., (Mary Beth) of Blue Bell, PA; Beth Ann (Ron) of Villas, NJ; Bobbie Ann (John) of Marlton, NJ; and Christian (Amanda) of Knotts Island, NC; his seven grandchildren, Taylor (Phil), Christopher, Annie (Josh), Madisan, Caroline, Frederick III, Bradford, and great-grandson Cooper. His memory will also be cherished by an abundance of relatives and friends. Visitation for family and friends will be held on Friday, September 3, 2021 at 10:00 AM followed by a Funeral Mass at 11:00 AM at St. Agnes Roman Catholic Church, 501 Cape Avenue, Cape May Point, NJ, 08212. In lieu of flowers, please consider contributions to Holy Redeemer Hospice of Cape May Courthouse @ Redeemer Health Office of Philanthropy, 521 Moredon Road, Huntingdon Valley, PA 19006 https://www.redeemerhealth.org/giving/online-donation or the Cape May County Technical Scholarship Fund @ Cape May County Technical School, 188 Crest Haven Road, Cape May Court House, NJ, 08210.

Frederick Raymond Conner Sr., a long-time resident of West Cape May, New Jersey passed peacefully surrounded by his family on August 30, 2021 at the age of 85. He was born on October 28, 1935 in Philadelphia to the late Doris Blaser. Fred... View Obituary & Service Information

The family of Fred Conner created this Life Tributes page to make it easy to share your memories.