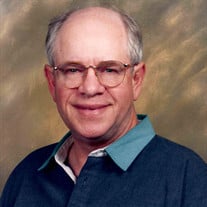 KURTZ, Franklin A. “Frank” – 75, of Cape May Point, passed away peacefully on May 4, 2022 in the comfort of his home with his family at his side. He grew up in Northeast Philadelphia and graduated from Northeast High School (1964) and later graduated from Penn State University (1968) after earning his Bachelor’s of Science Degree in Mechanical Engineering. Shortly after his graduation, Frank began working as an engineer at DeLaval Turbine, Trenton, NJ. He later worked for Scott Paper Co. and most recently he was the owner and CEO of CimQuest, Inc. in Exton, PA. At the age of 62, he semi-retired as CFO of Vantage Consulting Group. A man of faith, Frank was active in the Cape May United Methodist Church where he served as Treasurer. He also served as Treasurer for the Cape May Point Tax Payer’s Assoc. As a young man, Frank received the God and Country Award from the Boy Scouts of America. He was a member of the Sons of the American Revolution in NJ. He loved hunting and fishing, and was a licensed Captain of the Mar-Vic. He was known for solving problems in many fields; being a devoted husband; teacher to many; and was the inventor of the Tail Locator for Scott Toilet Tissue. He is predeceased by his parents, F. Russell and Marie Kurtz, and his son, Frankie. Frank is dearly missed and forever loved by his family which includes his wife of 53 years, Cheryl; son, Brian M. Kurtz, Sr.; brother, Robert Kurtz; sisters, Victoria Coleman (Robert) and Marilyn Brecht (Fred); 5 grandchildren, Brian Jr., Jonathan, Kieralyn, Marie and Madison; 6 great grandchildren as well as many nieces and nephews. Frank’s memorial ceremony will be held on Saturday (May 14th) at 12 noon in the Cape May United Methodist Church, 635 Washington St., Cape May where friends will be received from 11am until 12 noon. **PARKING will be available at SPILKER FUNERAL HOME, 815 Washington Street (2 blocks from the church). Interment will take place at a later date. In lieu of flowers, memorial contributions are suggested to: Love of Linda Cancer Fund, online at https://loveoflinda.org/contribute or to the Cape May United Methodist Church, PO Box 472, Cape May, NJ 08204. (Spilker Funeral Home, Cape May) info and condolences: www.spilkerfuneralhome.com

KURTZ, Franklin A. &#8220;Frank&#8221; &#8211; 75, of Cape May Point, passed away peacefully on May 4, 2022 in the comfort of his home with his family at his side. He grew up in Northeast Philadelphia and graduated from Northeast High School... View Obituary & Service Information

The family of Frank Kurtz created this Life Tributes page to make it easy to share your memories.