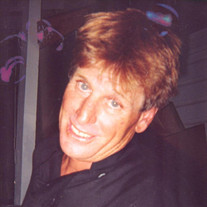 On March 6th, 2017, Donald F. “Donnie” Piacentine passed away at home, surrounded by his family at the age of 66. Donnie was the eldest son of Fredrick Anthony Piacentine, who preceded him in death, and Ellen H. Piacentine, his “Mother Dearest.” His wife and children brought him much happiness and joy. He is survived by his wife, Patricia Piacentine, son Donald E. Piacentine, and daughters Lauren Laughlin and Talia McCullen, and their spouses, Shawn Laughlin and Jim McCullen, as well as step-children, Vera Vogel and William Piacentine. He was affectionately known as “Poppi” and “Yo Don” by his grandchildren, Braxton Piacentine, Emery Laughlin, and Catherine Laughlin. He will also be missed by his dog and second mate, Koko Luna. Donnie is also survived by his brothers and their families; Stephen “Hag” and Nancy Piacentine, Tom and Kathy Piacentine, and their children Tommy, Christopher, and Nina, as well as David Piacentine and Janice Sellers, and their children Colin, Justin, and Brittany. Donnie loved his brothers and shared many wonderful experiences with them and their families. Donnie wore many hats in his life; surfer, master plumber, chef, fisherman, and handyman. No matter where he was, be it surfing, on a beach, or in his boat, “hail-fellow-well-met” Donnie always offered a kind word, a gregarious smile, or a helping hand to anyone he encountered. To celebrate Donnie’s life, relatives and friends will be received on Friday evening (March 17) from 6 until 8pm at Spilker Funeral Home, 815 Washington Street, Cape May. Beginning at 7:30 those in attendance are invited to share fond thoughts and memories of Donnie. To honor his love for the sea, Donnie requested that donations be made in his memory to the Rose M. Utsch Scholarship for Marine Studies. Contributions can be sent to Utsch’s Marine, 1121 Route 109, Schellenger’s Landing, Cape May, NJ 08204.

On March 6th, 2017, Donald F. &#8220;Donnie&#8221; Piacentine passed away at home, surrounded by his family at the age of 66. Donnie was the eldest son of Fredrick Anthony Piacentine, who preceded him in death, and Ellen H. Piacentine, his... View Obituary & Service Information

The family of Donnie Piacentine created this Life Tributes page to make it easy to share your memories.

Send flowers to the Piacentine family.