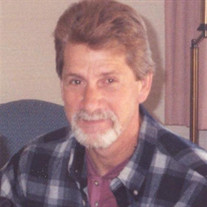 Donald Banks, age 70, of Cold Spring, passed away on Tuesday, January 9, 2018, at Victoria Manor Nursing Home and Rehabilitation Center after a valiant 9 year battle with brain cancer. Don’s inner strength and determination to carry on in the face of great adversity were evident throughout Don’s illness. Don’s family will fondly remember his words, “a Banks doesn’t quit.” Don was born and raised in the Borough of West Cape May. He proudly called himself a “Boro Boy” and enjoyed sharing stories of his younger days spent with his West Cape May buddies. Don graduated from Lower Cape May Regional High School, Class of 1965. After high school, Don was proud to enlist in the United States Air Force, where he served valiantly during the Vietnam War. Once back in Cape May, he worked a number of years at the Harbison Walker Magnesite Plant until it closed. Always a hard worker, Don then learned the building trade, working alongside Jules Hober, Sr., as the former Coachman’s Inn was constructed. Don later went on to have his own successful building business. His work can be found in many homes around the area. Don built things to last. Don was a very devoted father to his two sons, Donald, Jr. and Jimmie, and a loving husband to his wife of 25 years, Vickie. Besides all of his sons’ activities while growing up, Don was very active with West Cape May Boy Scout Troop 73 as one of the founding leaders and Advancement Chairman for many years. Don loved his Scouts and was proud to have shepherded a great number of young men through to the rank of Eagle Scout. Don was also an avid bowler, having bowled at leagues in Wildwood and Woodbine. Throughout all, Don’s steady demeanor, strong character, honesty, and dry sense of humor were always present and will be sadly missed. Don was predeceased by his mother, Rosemary Loughead, stepfather, Jack Loughead, and sister, Kathryn “Snookie” Banks. Don is survived by his wife, Vickie (nee Woolson); two sons, Donald, Jr. and James; and one brother, James Patrick (Beth) Banks. Funeral services will be held on Saturday, January 13, at 11 am in the Spilker Funeral Home, 815 Washington Street, Cape May, with visitation beginning at 9:30 am. Interment will follow at Cold Spring Cemetery, Veterans Section, in Lower Township. In lieu of flowers, memorial contributions are suggested in Don’s memory to benefit the Love of Linda Cancer Fund or the St. Jude Children’s Hospital by visiting “In Memory Of” online at www.inmemoryof-memorial.org/don-banks or if you prefer regular mail, mail to: In Memory Of, PO Box 5472, Charlottesville, VA 22905.

The family of Don Banks created this Life Tributes page to make it easy to share your memories.

Donald Banks, age 70, of Cold Spring, passed away on Tuesday,...