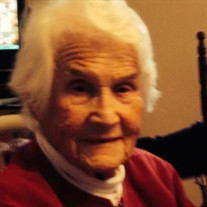 Dolores Galloway of Cape May, NJ passed away on April 28, 2020 at Cape Regional Medical Center with her family surrounding her in spirit. Dolores (nee Brennan) Galloway was born October 6,1930 at Hahneman Hospital in Philadelphia. The last of five children, she attended St. Cyril’s Primary School and Notre Dame Moyland High School. Dolores joined the convent of The Sisters of Notre Dame in 1948 and received her Order of Sisters of Notre Dame Habit in April, 1949. Soon she would attend a dance and find interest in boys, leaving the convent shortly thereafter. Married in 1954, Dolores and Tom worked together for the US Army in Washington DC, and after the birth of Eileen and Patrick, moved to Paoli, PA in May 1959. In 1963 Dolores’ husband went AWOL from Otis Air Force Base, Cape Cod, never to be seen again. Dolores began her life as a single mom with the unwavering assistance of her two single sisters. Never far from a Catholic Church, Dolores continued a life of devout Catholicism that endures even now. Many weekends were spent with children in tow at a convent or seminary on a mission or retreat while Dolores continued her education. Teaching at Notre Dame De Numoirs and Gwynedd Mercy Academy, Dolores achieved her degrees in 1969 and 1972 respectively and moved to the public schools of Wissahickon School District in Blue Bell, PA in 1972. She retired to Cape May City in 1995, where she enjoyed a lengthy retirement that included volunteerism, flounder fishing aboard the family’s Boston Whaler, gardening, wildlife and travel. She had the support of the best neighbors and family in her 25 years in Cape May! There was never a time when her Parish Family from St. John Neumann failed to bring her prayer and hope. Dolores recently moved to Autumn Lake at Ocean View while in declining health. She was predeceased by her daughter, Eileen Crossman and her brothers and sisters, Bill, John, Catherine and Ann. She is survived by her Maine Coon Cat, Sam; her son, Patrick and his wife, Nancy of Steelmantown; step-grandchildren, Damien and Nathan Cwik, Mike (Taylor) and Joe Mazur; great grandchildren, Kai and Coral Cwik and Archie Mazur. Live-stream accessibility for Dolores’ Catholic Prayer Service in Spilker Funeral Home by clicking this link http://client.tribucast.com/tcid/69145737 on Wednesday (May 6th). The link will be active at 4:15pm and Dolores’ Prayer Ceremony will begin at 4:30pm. Dolores will be interred privately at St. Peter and Paul Cemetery in Springfield, PA. Memorial contributions are suggested to Cape Regional Foundation or St. John Neumann Parish, North Cape May.

Dolores Galloway of Cape May, NJ passed away on April 28, 2020 at Cape Regional Medical Center with her family surrounding her in spirit. Dolores (nee Brennan) Galloway was born October 6,1930 at Hahneman Hospital in Philadelphia. The last of... View Obituary & Service Information

The family of Dolores Galloway created this Life Tributes page to make it easy to share your memories.