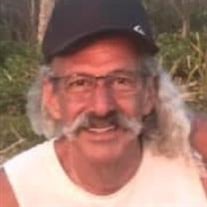 VELLI, David “Dave”, 63, passed away peacefully Thursday morning, April 15, 2021. Dave was born in Cape May Court House, NJ on September 21, 1957. He attended Cape May Elementary School and graduated from Lower Cape May Regional High School in 1976. He was a lifelong resident of Cape May but did spend some of his post high school years in Fort Lauderdale, FL where he lived and worked for a short period of time. During his teenage and early adult years Dave spent his summers working for the Cape May Beach Patrol. He also worked with and for many local building contractors and later started his own construction company, David Velli Carpentry, completing many home additions and remodels, decks, porches, and sheds. He often consulted with other builders providing guidance and practical options for proposed and under construction projects. Dave loved baseball and football and religiously followed and rooted for the Philadelphia Eagles and the Baltimore Orioles. He loved boating and the outdoors and shared a boat for years with his dad, retired Cape May Police Chief Eugene “Gene” Velli. He annually headed south to the place he loved the most, Mal Pais, Costa Rica, for an extended surfing vacation where he met up with many other Cape May residents. He also loved skiing and traveled to Colorado where he skied Steamboat, Vail, Breckenridge, Keystone, and Loveland Basin. He was a member of the Veterans Home Association VFW Peterson-Little Post 386 in Cape May, was a member of the Sunset Beach Sportsman’s Club in Cape May Point where he was a Trustee and a founding member of the Cape May Hot Pepper Club. Dave is predeceased by his father, Eugene (Gene) A Velli. He will be sadly missed by his loving family which includes his mother, Mary Constance (Connie) D. Velli (Dougherty) of Cape May and his Aunt Josephine Coombs (Velli) and Uncle Barney Dougherty, and many cousins in the Velli, Dougherty, Coombs, and Matthews families, many of which reside in or near Cape May. He will also be missed by his many Cape May area friends and Costa Rica traveling companions. To honor and celebrate Dave’s life, relatives and friends are invited to gather on the beach in Cape May on Saturday (May 1st) by using the Mount Vernon Ave. entrance to the beach (park on, or around Mount Vernon Ave. and simply walk to the dead end to find the beach entrance); gathering Saturday (May 1st) from 11:30am – 12noon with Dave’s memorial ceremony, in the form of family and friends candidly sharing thoughts, memories, prayers and love, beginning at 12 noon. Please dress according to the weather and very casually as Dave would want – bring your beach chair as well if you would like. In lieu of flowers, the family asks for donations to be sent to Osa Wildlife Sanctuary or Caña Blanca Wildlife Sanctuary, Puntarenas Province, Costa Rica.

The family of Dave Velli created this Life Tributes page to make it easy to share your memories.