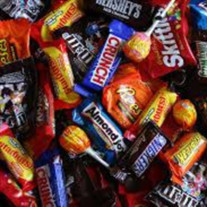 Daniel M. Gareau Jr., left this existence suddenly on Friday, February 12, 2021, at the age of 77 after a brief illness. He was at home with family when he passed away peacefully. Dan was born, November 2, 1943, to Daniel Sr. and Fern (Caruso) Gareau in Philadelphia, PA. He would proudly tell anyone who would listen that he was a vet and a retired Philly detective from “K&A” and graduated from “Frankford”. Dan was a true Philadelphian who loved his cheesesteaks and Tastykakes. With lots of hard work, he was able to realize his lifelong dream of owning a hotel in Wildwood, NJ, which he enthusiastically ran like the captain of his own ship for over 3 decades, though admittedly sometimes like a pirate, until he retired in 2013. Regardless of Dan’s marriage to his sons’ mother, Odilia Sexto, ending in 1994, they remained friends and lived next door to each other right up until the end… and he never quite learned to refer to her as his “ex” wife when introducing her. Dan had three awesome sons whom he loved very much, especially the ugly one. Although most would agree his hotel, “The Beachwood” was the true love of his life. It’s possible that Dan may have had too much of an affinity for cheap beer, and even cheaper cigarettes, but he was a self-described “connoisseur” of veal. Dan loved jigsaw puzzles and pinball almost as much as he loved a bargain. He had his own favorite holidays; the days after Valentine’s, Easter, and Halloween (when candy goes on sale) held a place in his heart shared only with cars fully-equipped with cloth “fake convertible” roofs. Through travel and the hotel, Dan managed to make friends throughout the world. He was a colorblind to race with an extended family speaking English, Spanish, French, Cantonese, Russian, and Hebrew. He laid the foundation for progress through his actions and choices in life. Dan was preceded in death by his father, Dan Sr., and his mother, Fern Caruso, and his dear dog, Chico. He is survived by his ex “wife”, Odilia, and his 3 sons, Danny, David, and Dexter. Due to Covid concerns a private funeral was held on Wednesday, February 17, 2021 at Oakland Cemetery in Philadelphia, PA. He was laid to rest in a family plot with his mother, Fern Caruso, and grandmother, Elizabeth Cooke. In lieu of flowers, any donations can be made to Philadelphia FOP Lodge #5 Survivors Fund.

Daniel M. Gareau Jr., left this existence suddenly on Friday, February 12, 2021, at the age of 77 after a brief illness. He was at home with family when he passed away peacefully. Dan was born, November 2, 1943, to Daniel Sr. and Fern (Caruso)... View Obituary & Service Information

The family of Daniel M. Gareau Jr. created this Life Tributes page to make it easy to share your memories.