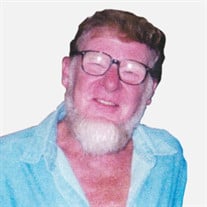 NOLAND Jr., Eugene “Dale” – 75, of West Cape May, passed away on February 24, 2022. Dale was a resident of the Cape May area from the age of 5. He graduated from Lower Cape May Regional High School, and was a United States Air Force Veteran of the Vietnam War. Dale worked as a plumber with his dad for many years and later for various plumbing businesses in Hawaii and in South Jersey. He was dedicated to his grandmother, Marguerite Lichtel, and cared for her for many years until her death. Dale was a true animal lover—he adored his pets and he always had peanuts and birdseed for the squirrels and birds outside. He was a music lover, a hardcore Phillies Baseball fan, and could often be spotted driving around town in his blue Dodge truck. He is predeceased by his parents, Eugene Dale Noland, Sr. and Ida (nee Lichtel) Noland; and his brother, Donald Noland. Dale leaves behind, and is dearly missed by, many dear friends and neighbors including Wayne Roop, Bob Moyer and David Carrick. He is also survived by a niece, Tracey Martin, a nephew, Travis Noland, and 3 great-nieces, as well as his step-granddaughter, Samantha Rosenberg. Dale’s graveside funeral ceremony will be held on Friday (March 11th) at 10am in Cold Spring Cemetery, Lwr. Twp. In lieu of flowers, contributions suggested to: Animal Outreach of Cape May County, 600 Park Blvd., Unit #3, West Cape May, NJ 08204. (Spilker Funeral Home, Cape May) info and condolences: spilkerfuneralhome.com