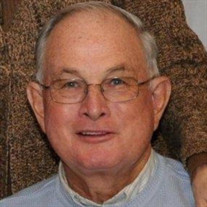 Carl T. Woehlcke “Corky” – 82, of Cape May passed away on Tuesday, June 29th, 2021 at the Brookdale Living Center in Cape May Court House, NJ. Corky is survived by two daughters, Bonnie Hess Rulli and Linda Hess Lambert, and four sons, Curt (Tracey) Hess, Rick (Kim) Hess, Stan (Nancy) Hess and Karl (Phyllis) Hess, many grandchildren and great-grandchildren; and sisters, Margaret Mary Arnold and Roberta Ann Miley. He was predeceased by his wife of 55-years Jean (2017); his son Tommy Hess (2006); his mother, Margaret (Durkin) Woehlcke (1968); his father, Joseph Robert Woehlcke (1955) and brother, Joseph R. Woehlcke (2004). Corky was born and raised in Cape May, NJ and graduated from Cape May High. He joined the United States Marine Corps and served at various bases in NC and abroad. Upon Honorable Discharge, he returned to Cape May and promptly met and married “the only woman I ever loved” in 1965 taking responsibility for 7 children at the ripe age of 26. A Hero! One helluva man. He lived in Cape May on West Perry Street (4-different houses) for most of his life, moving to Tranquility Village when a 1-story home was needed. He was employed by the City of Cape May in various positions including head of parking meter maintenance until his retirement. Dubbed by the Mayor as "the most honest man in Cape May,” he was known to rarely miss a day of work for any reason - going decades without calling in sick. In his younger years, Corky served as a volunteer fireman. He was also an avid hunter and fisherman, locally and in NC & FL. Visiting family and friends in Florida was an annual event, and Caribbean cruises were always a welcome adventure. You may also know Corky from the ticket booth in front of Our Lady Star of the Sea Church where he volunteered with Jean for many years selling tickets for the annual car raffle fundraiser. He was a member of Our Lady Star of the Sea Church for 82-years and an usher. Mass of Christian Burial will be celebrated on Wednesday (July 21st) at 1:30pm in Our Lady Star of the Sea Church, 525 Washington St., Cape May where friends will be received from 12:30pm until 1:20pm. Interment will follow in St. Mary’s Cemetery, Cape May. In lieu of flowers, contributions are suggested to the Parkinson’s Foundation in search of a cure. Friends and family will gather at the VFW Hall on Congress St., Cape May starting at 3pm. Please come to share your stories of Corky’s life in Cape May.

The family of Corky Woehlcke created this Life Tributes page to make it easy to share your memories.